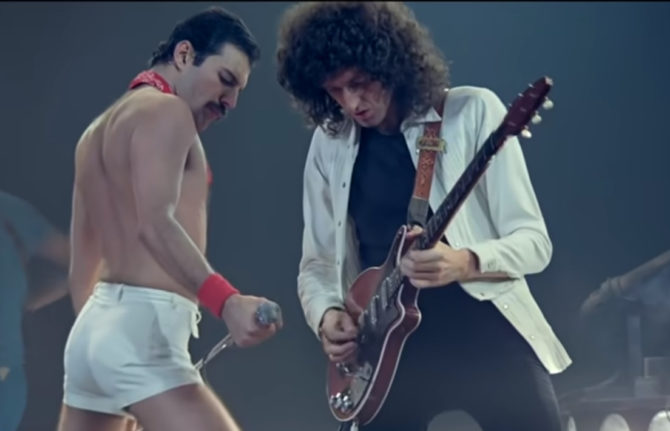 YouTube just unveiled the trailer for its new series, Queen the Greatest.

The new weekly series debuts March 19, and will take fans on a behind-the-scenes journey into the origins and triumphs of the band. The show will use never-before-seen photographs and film footage to document the rise of the group, its triumphs under lead singer Freddie Mercury, Mercury’s decline and death from AIDS, and the modern reinvention of Queen with Adam Lambert providing lead vocals.

Related: About that time Jim Hutton turned down Freddie Mercury…

“The Queen story is unlike any other, and I hope fans from all around the world will enjoy celebrating the many extraordinary achievements, timeless songs, and iconic performances that [band members] Freddie, Brian, Roger and John have given us,” series executive producer Simon Lupton said of the announcement. “While we will be revisiting some of their most famous and legendary milestones, I’m hoping there will also be some surprises along the way to excite people whether they be die-hard fans, or curious newcomers. This story has so many chapters to explore, and who knows…there could well be some new ones over the course of the next 50 weeks.”

For fans disappointed by Bohemian Rhapsody’s lack of focus on Freddie Mercury’s sexuality, the new show offers an opportunity to further explore his queer identity, and how that influenced his contributions to music. Queen remains one of the most popular rock bands of all time, having contributed the hit songs “We Are The Champions,” “Radio Gaga,” and “Bohemian Rhapsody” to the pop music zeitgeist.