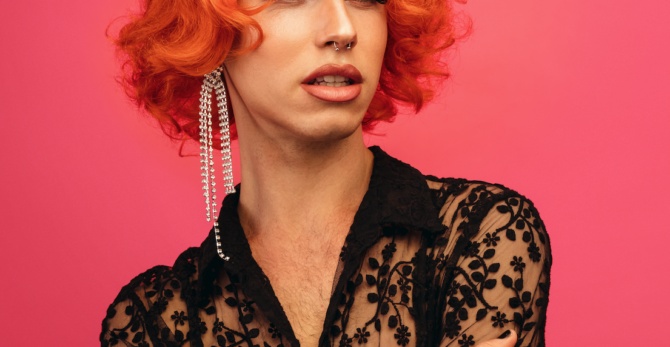 A Reddit sub called ‘Am I The A**hole’ (AITA) allows folks to air out their questionable behavior and receive some unbiased ethical analysis from strangers. The consensus on one recent thread was a resounding: “Yes. You’re the a**hole in this situation.”

The anonymous poster identified themself as “one of the most popular drag queens in my city” who hosts “a few regular gigs.”

After aging out of their parents’ health insurance, and amidst a pandemic that has decimated the incomes of countless queer entertainers and bar industry staff, the queen, ‘QueenX’, raised a “few thousand dollars” from friends and Instagram followers through a GoFundMe campaign.

Seems OK so far, but after an acquaintance reached out to suggest looking into Medicaid, QueenX revealed she wouldn’t qualify for the program as she technically has too much annual passive income–interest from a trust fund she “never uses.”

Pressed on whether she is really saying she earns over $50,000 a year on interest alone, which would mean there’s over $1 million in the account, QueenX confirmed.

“To make a long story short,” QueenX wrote, “he posted about it on Facebook, telling people that if they gave me $ based on my ‘sob story’ (his words) of not being able to afford insurance, they should ask for their $ back.”

“I just asked for help paying, and many kind people offered to help. The acquaintance and some of my other friends are saying that simply by creating a GoFundMe, I was giving the impression that I was broke and had no other options other than to ask for help. Now some people are calling me a trust fund baby and saying that my whole persona is fake, but I feel like my previous life was the fake life, and that the life I have built and lived for over seven years is my real life.”

“I’m afraid this is going to snowball and ruin everything I’ve spent the last seven years building,” QueenX concludes before asking, “So, AITA for not using money I never even asked for?”

Here’s some of the response they got:

“Oh definitely you’re the a**hole (YTA). People gave you money they earned so you didn’t have to spend money you didn’t earn. I’m willing to bet none of the friends & fans that donated had a million dollar trust fund they’re “terrified” to use for their own damn healthcare. You took advantage of people who didn’t know they were paying for your lack of courage. Pay it back. Then consult an advisor, and do something nice for your community.”

“YTA. You have an actual, real financial cushion that most people would kill to have. If you really needed the money, you could get to it. The people who donated to your GFM are undoubtedly struggling far more than you and some of them probably are living paycheck to paycheck even. You need to recognize your privilege here and be more honest with the people who support you.”

“Of course YTA. You set up a GoFundMe and then asked people for help paying for something, are you saying you didn’t realise they’d assume it was because you couldn’t pay for it yourself?”

“Ok if you take out the 1 Million the taxes cant exceed 1 Million I am assuming so what are you afraid of?”

There are several…hundred…more comments that reach the same conclusion.