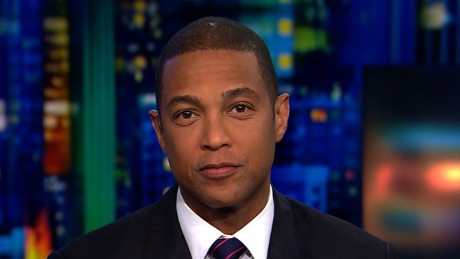 Don Lemon has been the victim of a string of racist death threats sent by a self-proclaimed white nationalist and Trump supporter. Apparently, the threats were so extreme that he contacted police about them earlier this week.

Related: Don Lemon Would Like To Know: Is Being Gay A Choice?

The messages said things like “F*ck you n*gg*r can’t wait to stab your neck” and “U r a pile of rotting Dogsh*t,racist,communist, socialist, Liberal moron asshole,i will find u U will pay.ill see u real soon…”

The NYPD report was made for aggravated harassment, but sources say it will likely be treated as a hate crime.

Lemon, who has been a vocal critic of Trump ever since he took office in January, has not issued a comment on the matter.

Police say the investigation is still ongoing and that no arrests have been made.

Related: Rush Limbaugh Wants To Remind You That Don Lemon Is A Big Gay