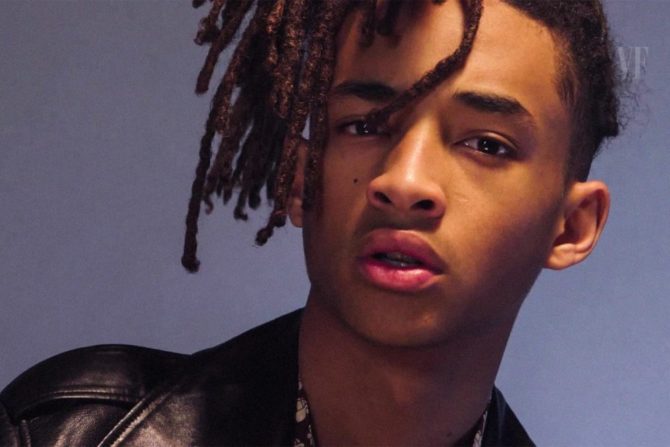 You’ve no doubt heard by now that Jaden Smith and Tyler the Creator are boyfriends. The 20-year-old performer made the big announcement during a recent show, although judging by his delivery and Tyler’s reaction, we’re guessing the gesture was more symbolic than literal.

And the crowd went wild.

He followed up the big announcement with a tweet:

Yup @tylerthecreator I Told Everyone You Can’t Deny It Now.

hahaha you a crazy nigga man

It’s pretty clear the guys are just playing around and drumming up some publicity for Jaden’s new album, but that didn’t stop Twitter from celebrating the new “couple”:

Jaden Smith just announced that Tyler the creator is his boyfriend and let me just say I am SHOOK.

So jaden smith is bisexual guys

Me hearing Jaden Smith and Tyler the Creator are dating pic.twitter.com/U1kwXqXQn9

Tyler the Creator Nd Jaden Smith are dating and there’s absolutely nothing wrong with that.

But that shit gay.

Why is everyone calling Jaden smith gay, like bi isn't a thing, it's real, yall just gotta open your mind a lil pic.twitter.com/GT2RVajXhb

???TYLER, THE CRETOR AND JADEN SMITH ARE DATING!!!
THIS IS THE GRAND FINALE OF 20GAYTEEN WE DESERVE???

Jaden Smith is dating Tyler bitch THIS SHIT IS BEAUTIFUL

But not everyone’s buying into the hype…

Me acting fake surprise that jaden smith is gay pic.twitter.com/TDnJYS1s23

People are really shocked that Jaden Smith is bi? pic.twitter.com/wCUbaPgXfn

If Jaden Smith really is gay and dating tyler the creator, he’s gaining a lot of new fans and losing some old ones. If he isn’t, young twitter coming for his head for joking about it.

Either way he’s got the headlines right before he drops. He learned from Kanye’s method ?

Jaden Smith says anything for attention. Everybody wants to play gay until it’s time to get fucked. pic.twitter.com/bgsKLmIkrq

Jaden Smith yelled out “Tyler the Creator is my fucking boyfriend” but I know that shit ain’t true cause they both don’t like dating Black people. pic.twitter.com/FS9zLSIC45

I think it’s a joke,
But either way it’s chill

I don't believe "Jaden Smith" until he comes out at the Red Table with his mom and grandmother pic.twitter.com/RNl9apZiSN