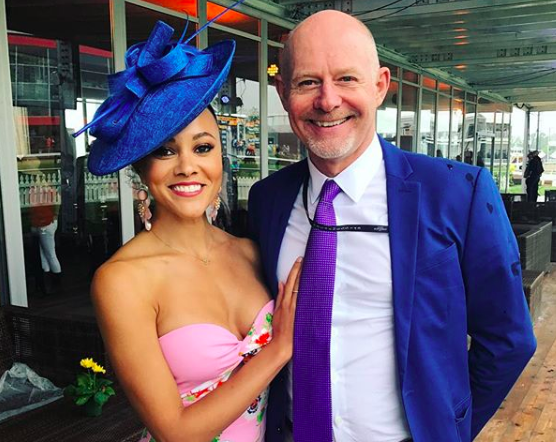 Last week, TMZ broke the news that 59-year-old Darby, a wealthy real estate developer and restauranteur, was in trouble for allegedly groping a male cameraman on the set of Real Housewives of Potomac.

The alleged incident happened on September 1 while filming an episode of the hit Bravo reality series. Cameraman Orville Palmer claims Darby grabbed his butt. When Palmer turned around to ask WTF Darby was doing, he says Darby gave him a “flirtatious look.”

Now, Darby’s wife, Ashley has taken to her Instagram Story to deny everything and voice her support for her husband.

“No charges filed,” she writes. “No arrest made.”

“No Bravo suspension,” she continues. “No worries.”

She then promises fans: “We’ll keep you posted.”

Meanwhile, multiple media outlets have reported that Darby has, indeed, been charged with felony assault and misdemeanor improper sexual contact and that he’s scheduled to appear in court on October 16.

Darby himself has remained tight-lipped about the whole thing, which is probably smart. If convicted, he faces up to 11 years in prison.

But this isn’t the first time Ashley has had to make excuses for her husband’s sexual provocations.

In season 1 of the show, he was caught touching another guy’s butt on a club dance floor. At the time, she said: “My man has sex with me, he loves me and he gives it to me good,” adding it was “not a reflection of my man’s sexuality.”