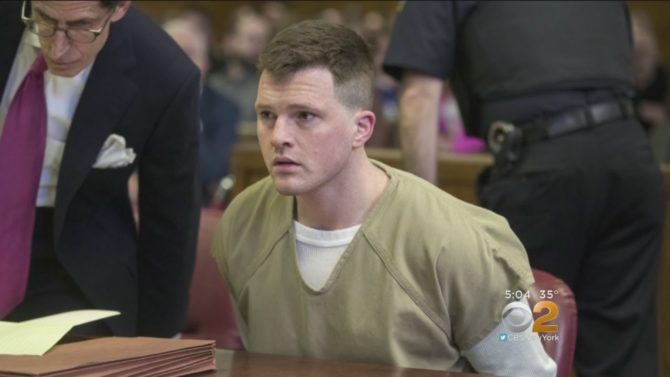 The young lover of a prominent Manhattan jeweler was sentenced to 28 and 2/3 years in prison for the brutal murder of a Connecticut man in a ritzy Upper East Side apartment, according to the New York Post.

Prosecutors painted a gruesome picture of the night of November 13, 2016, arguing Rackover and his friend Larry Dilione, 30, murdered Joseph Comunale, 26, after a night of hard partying.

Dilione reportedly met Comunale for the first time that night, and the two went over to Rackover’s luxury residence for a late-night afterparty.

An argument is thought to have been sparked by a lack of cocaine, which somehow led to Rackover and Dilione beating Comunale unconscious, dragging him to the bathtub and stabbing him 15 times.

A former friend of Rackover’s, Louis Ruggiero, son of Fox5 “Good Day New York” host Rosanna Scotto, was called to the stand to describe a confession he received from Rackover the following day.

“I slit his throat and stabbed him,” Rackover told him.

In an attempt to cover up the crime, Rackover, Dilione, and a third man who was present that night but not part of the killing, Max Gemma, bleached the bathroom.

After ordering takeout of “organic burgers and fries”, they drove the body to Oceanport, New Jersey, poured gasoline over it and burned it in a shallow grave.

Rackover’s defense team argued Dilione was the real killer, and that Rackover only helped cover up the crime.

“This is precisely the rare kind of case that maximum consecutive sentences are reserved for, and no other lesser sentence would make much sense,” he said.