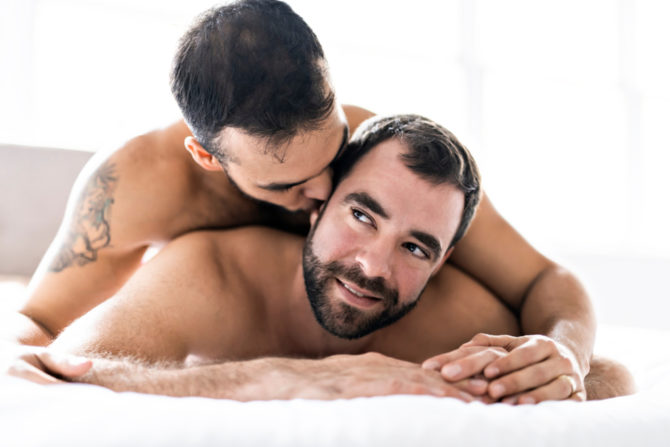 Dom top. Fem top. Vers top. Total top. These are all important terms in the lexicon of top culture.

To help paint a clearer picture, we’ve compiled 25 tweets that explain everything one needs to know about being a top.

So, without any further ado…

How do you know if a twitter gay is a top?

He'll tell you. At every opportunity.

#TopPrivilege is being able to arrange a hookup after dinner plans … meanwhile the bottom: pic.twitter.com/KnocxaT3JE

Top culture is wearing skinny jeans to show off those thick thighs. https://t.co/8SvSZu0lVM

#TopPrivilege is having this emoji ?

There’s two types of gays: total tops, and everyone else. Everyone else is better.

Use your privilege to help bottoms fight for equality, tops are the white women of gay men

I just ate chilli con carne before the underwear party. That my friends is #TopPrivilege and I will not topologise for it.

Real talk, I think it's sad how in the gay world, everybody gets to exist except us total tops. Nobody else gets the shade we get on a reg.

Sorry but who actually shits in a gay club. Total tops, I guess???

"strictly tops" advising bottoms how to clean up is like men telling women not to have an abortion. There is a sense of entitlement that comes with "tops" that makes them problematic for me, a versatile dude will understand the intricacies of bottoming, the pain, the pleasure.

everyone keeps talking about TOP, what about BOTTOM? #TopPrivilege #SupportYourBottom

"According to top privilege, many who identify as Bottom believe they do all the work (the prep work is a little mind-blowing). They also feel some Tops treat Bottoms like second-class gays.

When a total top walks into the gay bar pic.twitter.com/1BBRyxlySt

Top privilege is bypassing the “gays can’t drive” stereotype by virtue of not being a bottom. All this aside I still can’t fucking drive

Gays who say they’re “total tops” until you get them in bed and then all they want you to do is play with their butthole pic.twitter.com/oHrflFxfir

There is no such thing as a total top every gay will or have bottom for someone. ?????