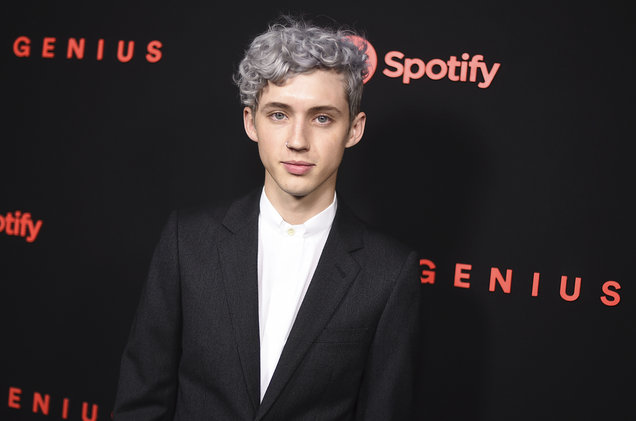 With his latest album Bloom, Troye Sivan has been everywhere lately, putting himself on a path to be the queer icon of his generation.

Artists like Elton John, George Michael and Adam Lambert (who in 2012 became the first openly gay male artist to top the Billboard 2oo albums chart) helped pave the way for Troye, who today is able to revel in unabashed queer glory, bottoming references and all. (He also stars in Boy Erased, which he discussed with Queerty last week.)

What we want to discuss, though, are some of the older songs and videos that gave the young man his start.

He may only be 23, but Troye already has a long list of gems that should give him a special place in our hearts.

Released on January 20, 2017 to coincide with the inauguration of Donald Trump, Troye wrote, as the caption underneath the song’s video: “We have always been here. we will always be here. this video is dedicated to all who’ve come before me and fought for our cause and those who now continue the fight. in dark and light times, let’s love forever.”

Not only is the song itself beautiful and moving, but the video reflects not just Troye’s relationship with his boyfriend Jacob Bixenman but also the history of the gay rights movement.

Another hit from the Blue Neighbourhood album, this is Troye’s highest charting song to date. You may have heard the song, but you may not have seen the video, which serves as a celebration of LGBT youth and a big f*ck you (notice the “Make America Gay Again” baseball cap) to Donald Trump and the conservative right. For a millennial who isn’t from the U.S. (he’s from Australia), Troye seems attuned to the political and cultural shifts in our country today.

Many people forget that before Troye became known as a singer, he was actually an actor and YouTube star. In 2013, the age of 17, he came out in a touching video that continues to be an inspiration. The video has over 500,000 likes and 8,000,000 views.

The first installment in the Blue Neighbourhood video trilogy, the song’s lyrics are a heart-wrenching ode to the struggle of young love and growing up gay. Troye later released a popular remix of the song and video with singer Alessia Cara.

Like the first in the Blue Neighbourhood series, Talk Me Down is emotional and visually evocative. On a lighter note, it also doesn’t hurt that Troye’s love interest in the video is pretty sexy (those Australian boys!!). The three videos together tell the story of the love between two boys, and it can’t help but strike a chord.