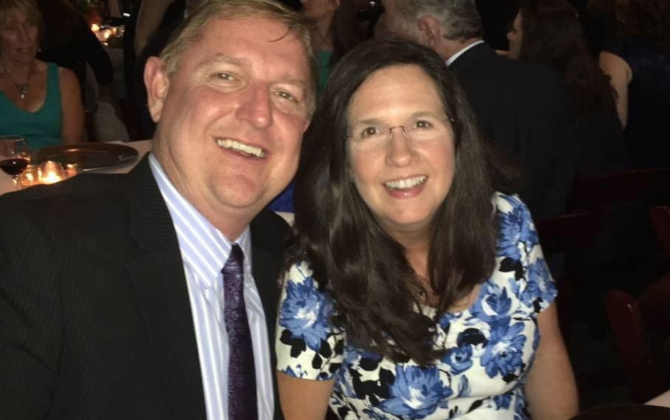 We get it — television shows are the closest things many people have to real relationships these days, and their sudden cancelations can cause shock waves of despair. It’s just not fair.

And nobody understands that more than the executive director of the Madison-Rivergate Chamber of Commerce in Nashville, Debbie Massey.

Debbie absolutely loves the Tim Allen sitcom Last Man Standing (who doesn’t?!), and she was understandably caught way off guard when ABC callously announced the series would not be making it to season seven.

It’s a sad day for everyone, but Debbie had an especially rough time.

She took to Facebook to let off some of that steam, where she blames the network for “cramming same-sex making out into our homes” while parting ways with her beloved Tim Allen.

Sure. Sounds about right.

Here are her bizarre and mildly deranged ramblings: 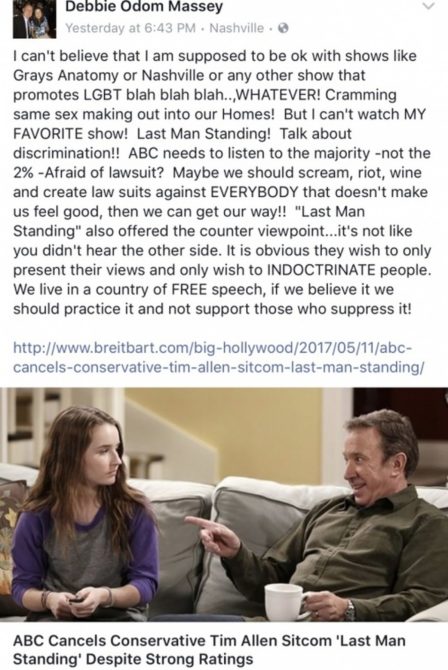 She also posted this hard-hitting Breitbart article, essentially accusing ABC of a conspiracy against Trump voters like herself and Tim Allen. Because the worst thing a network can do to an actor is give him a show that only runs for six years — that’ll show him!

Massey fails to mention that ABC alsojust canceled The Real O’Neals, a coming-of-age sitcom about a gay teen, after only two seasons.

We’ve got to wonder how that fits into her clearly airtight theory.

UPDATE: Lady who went on antigay tirade over Tim Allen show gets fired from her job, goes into hiding