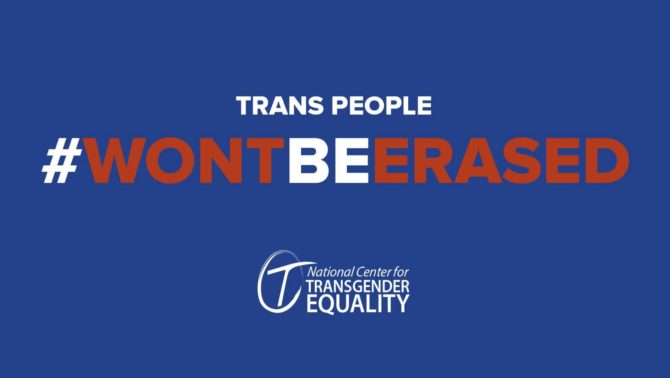 The New York Times first published the memo, which says:

“Sex means a person’s status as male or female based on immutable biological traits identifiable by or before birth.

The sex listed on a person’s birth certificate, as originally issued, shall constitute definitive proof of a person’s sex unless rebutted by reliable genetic evidence.”

LGBTQ groups and allies have expressed outrage over the memo, which could dramatically reduce federal protections for trans people.

“This is an attack on the very lives and existence of transgender people,” James Esseks, director of the ACLU LGBT & HIV Project, said in a statement.

“It is painful, it is hateful, and it will not go unchallenged,” he added. “Transgender people have the right to not only exist, but to fully participate in public life. Transgender people are real and transgender lives have meaning.

“If the Trump administration moves forward with these hateful and hurtful policies, they will once again be met with opposition in courts and in communities. More and more courts are seeing that policies targeting transgender people have no place in our country. The ACLU will fight back against any efforts to use transgender people as political pawns and continue to seek full equality for transgender and nonbinary people.”