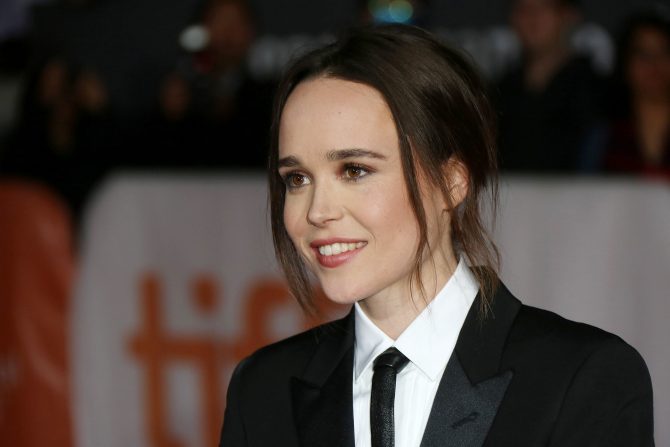 Elliot Page, star of the films Juno, X-Men: Days of Future Past and the Netflix series Umbrella Academy has just come out as transgender.

In a tender letter posted to the actor’s Twitter account, Page opened up about his gender identity to fans.

“Hi friends,” Page wrote. “I want to share with you that I am trans, my pronouns are he/they and my name is Elliot. I feel lucky to be writing this. To be here. To have arrived at this place in my life.”

“I also ask for patience,” he continued. “My joy is real, but it is also fragile. The truth is, despite feeling profoundly happy right now and knowing how much privilege I carry, I am also scared. I’m scared of the invasiveness, the hate, the ‘jokes’ and of violence.”

Page then went on to highlight the continued plight of transgender women of color, who are at a disproportionately higher risk of violence, even murder.

“The discrimination towards trans people is rife, insidious and cruel, resulting in horrific consequences. In 2020 alone it has been reported that at least 40 transgender people have been murdered, the majority of which were Black and Latinx trans women,” he wrote. Page also lashed out at political leaders who continue to demonize transgender people and threaten their rights.

“I am one of those people and we won’t be silent in the face of your attacks,” he said.

“I love that I am trans,” he concludes. “And I love that I am queer. And the more I hold myself close and fully embrace who I am, the more I dream, the more my heart grows and the more I thrive. ‘To all trans people who deal with harassment, self-loathing, abuse and the threat of violence every day: I see you, I love you and I will do everything I can to change this world for the better. Thank you for reading this. All my love, Elliot.”

Page shot to stardom when he nabbed a Best Actress nomination for his performance in the film Juno back in 2007. He has worked steadily since, with roles in the aforementioned X-Men film series as well as the films Inception, Whip It and Flatliners. He came out as gay in 2014 and subsequently became a vocal advocate for queer rights, as well as the #MeToo movement.