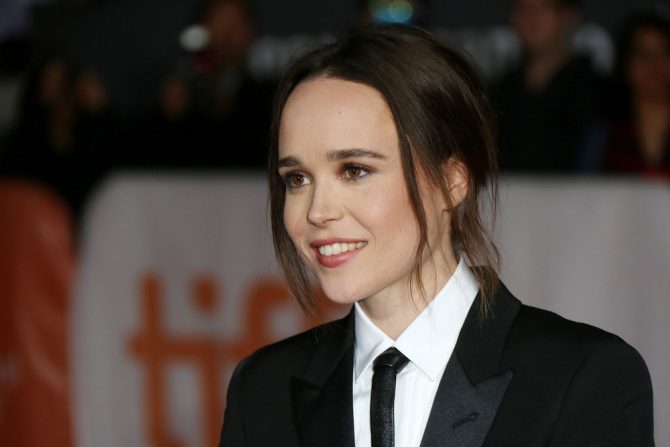 Why she matters: In June Page stars in the Netflix revival of the beloved Tales of the City. Page plays the role of Shawna, an angsty 20-something living in Anna Madrigal’s fabled Barbary Lane.

Page shot to the top of the showbiz A-list for her Oscar-nominated role in Juno. She’s since gone on to acclaimed performances in Inception, The East, as Kitty Pryde (how apt) in the X-Men film series, and recently for the Netflix sci-fi show Umbrella Academy. In a more challenging time, she risked her career when she came out as in a moving speech at an HRC gala in 2014. Page also hosted own travel show, Gaycation, examining how LGBTQ citizens and visitors are treated in various parts of the world.

Off-screen Page used her celebrity to support causes, including an all-star live reading of Casablanca in Los Angeles which raised proceeds for homeless youth.

Off-screen, Page has found her voice in recent years, whether calling out the Trump Administration’s for inciting hate crimes, director Brett Ratner for bullying, or confronting antigay trolls in person. Most recently, she famously confronted actor Chris Pratt on social media for his support for and attendance at Hillsong Church, a notoriously homophobic and cultish house of worship which supports conversion therapy and bans queer people from holding office.