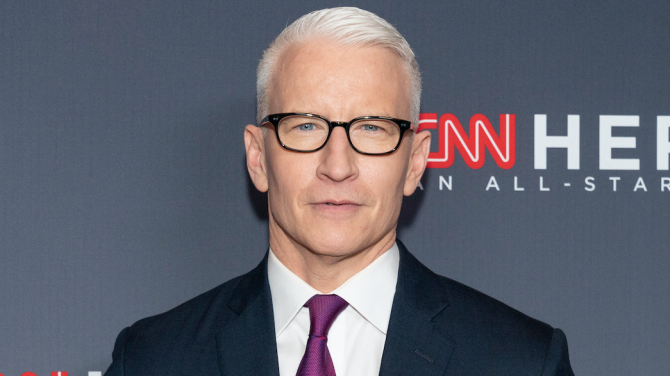 CNN newsman Anderson Cooper has opened up about the first time he realized he was gay, and the long process towards personal acceptance that followed.

Responding to a question about his personal coming out process, he said: “I was probably seven when I realized… I’m not sure I knew the word gay at the time, but I realized something was up, that something that was different.

“So [I realized it when I was] probably six or seven, and I told some friends in high school. I think I truly embraced it, and came around to really loving the fact that I was gay, right after college.”

For Cooper, the process wasn’t all rainbows. He went on to explain his worry that he wouldn’t be able to achieve his ambitious goals as an out gay man.

“I kind of struggled even in my teenage years and a little in college,” he said.

“The things I wanted to do at the time, you couldn’t be gay. I was interested in joining the military, but you can’t be gay and join the military.

“I imagined a family and getting married, and all those things which weren’t possible at the time, so it took me a while to kind of fully embrace it.”

But there came a breaking point for Cooper’s life in the closet.

“At a certain point, about a year after college, I realized… I don’t want to waste any more time worrying about this, and wishing I was some other way, and I want to embrace who I am.

“When you feel growing up like you’re on the outside of things, and you’re kind of an observer to things and not necessarily in the mainstream, you see society from a slightly different view, and I think that can be very valuable.

“It’s enabled me to love the people that I’ve loved, and live the life that I’ve had, so I’m very blessed.”