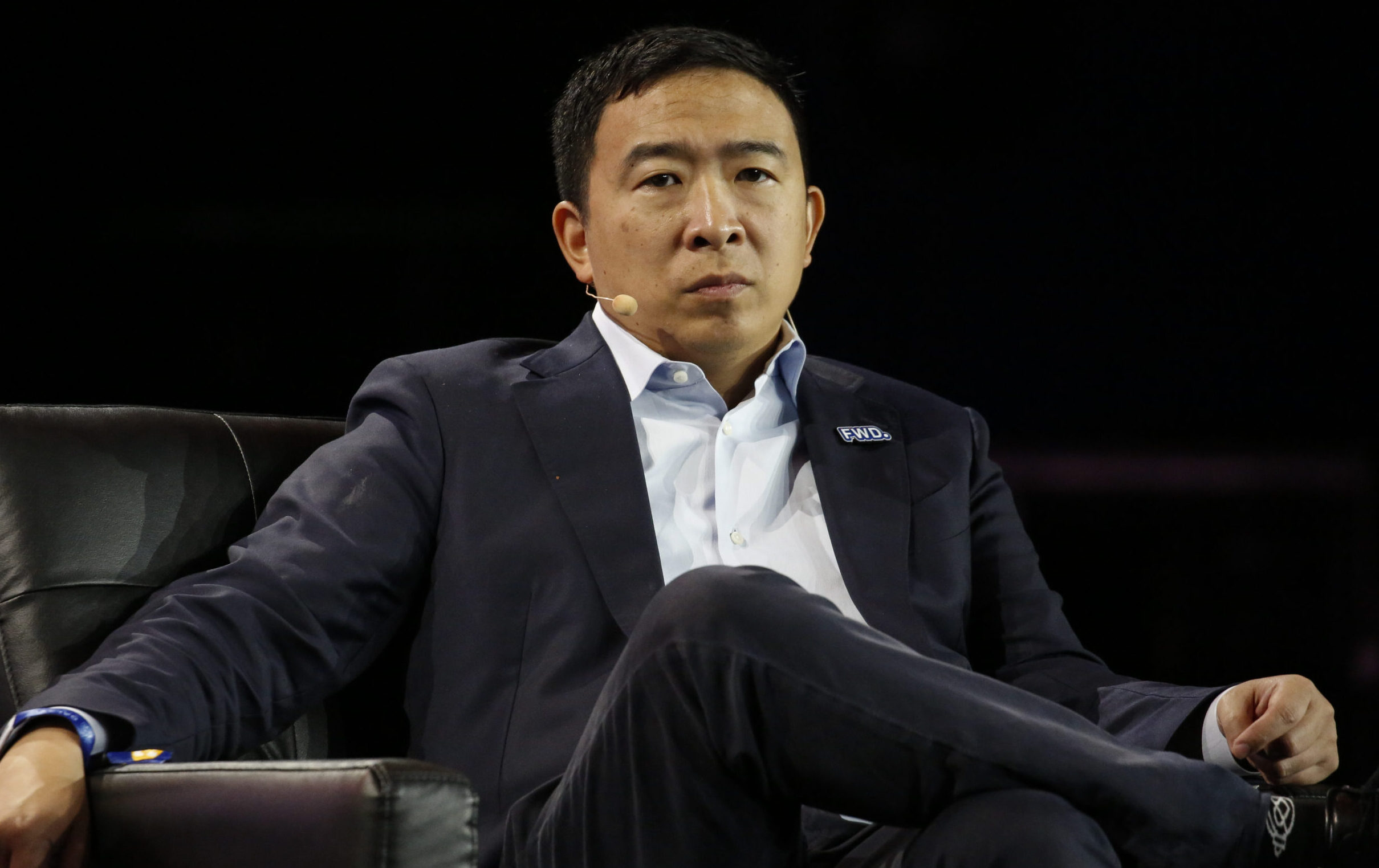 Unable to build a substantial base in either major party, Andrew Yang has decided to team with ex-Republicans for his latest misadventure.

Yang’s ex-Democratic passion project has merged with the Serve America Movement and the Renew America Movement to form a new and imp- well, new, iteration of the Forward Party, a centrist political party currently devoid of policies.

The odds of this party quickly drifting center-right seem high, but we’ll have to hear them come up with some ideas first to know for sure.

The reaction to this announcement has been pretty decisively negative on social media, with political pundits and citizens alike chiming in:

Andrew Yang is like some dude who gets turned away from a club at the front door, so he sneaks around to the Artist entrance, gets kicked-out again and is now trying to sneak-in thru the kitchen. Dude, go home. @AndrewYang

I asked this of Yang a while back: “Serious question @AndrewYang what changed about Democratic party since you ran less than two years ago as a Democrat for President and last year as a Democrat for mayor? I mean other than fact voters rejected you.”

Andrew Yang joins with a bunch of Republicans to do his level best to siphon votes away from the Democrats in coming elections. I remember how so many on this site, liberals and leftists, thought I was too harsh on him in the 2020 race and thought he was a breath of fresh air. https://t.co/7rnGNT8kfX

Andrew Yang is a fascist enabler. He makes regular appearances on Tucker Carlson’s misinformation show to attack Democrats. And when Andrew isn’t smearing Biden, he tries to siphon voters from the left & sell copies of his propaganda book. Andrew Yang is the male Tulsi Gabbard.

If I’m getting this right, Andrew Yang plans to do what he can to take away votes because Democrats rightfully rejected him since we saw through his fascist enabling propaganda filled temper tantrums. What a sad end for him.

Andrew Yang will speak Saturday about his “Forward Party” at the FreedomFest festival, which will feature far-right libertarians with ties to white nationalists, anti-semites and members of the extremist anti-government movement.

Who else is DISGUSTED by what Yang has become? ✋

I have carefully studied Andrew Yang.

People say he doesn’t stand for anything. Not true.

– some form of UBI.
– giggling when interviewing people with thin ideas who insult “the mainstream.”
– “new” ideas he can’t name.
– Andrew Yang.

The Forward Party claims to unite the two quietest, most underserved demographics in the country: 19-year old libertarian Redditors and middle-aged newspaper columnists.

I mean:
“The party, which is centrist, has no specific policies yet. It will say at its Thursday launch: “How will we solve the big issues facing America? Not Left. Not Right. Forward.””

Like… they literally have a SLOGAN in lieu of ACTUAL POLICIES

Andrew Yang was too much of a fascist to be a Democrat & MAGA wouldn’t accept him because they’re Xenophobic, so we get the Forward Party.

Next on Tucker Carlson & Turning Point USA to grift off anyone they can.

It’s certainly true that a good swath of Americans support the concept of a third major party; what they won’t support is another party that isn’t in favor of well-polling populist policies like access to healthcare and education, which seems to be the forecast.

If the Forward Party truly is smack-dab in the center between Dem. and Rep., it’s unlikely to make folks on either side of the aisle too happy.

That all being said, the party doesn’t seem to have a true identity or policies yet, so who knows?