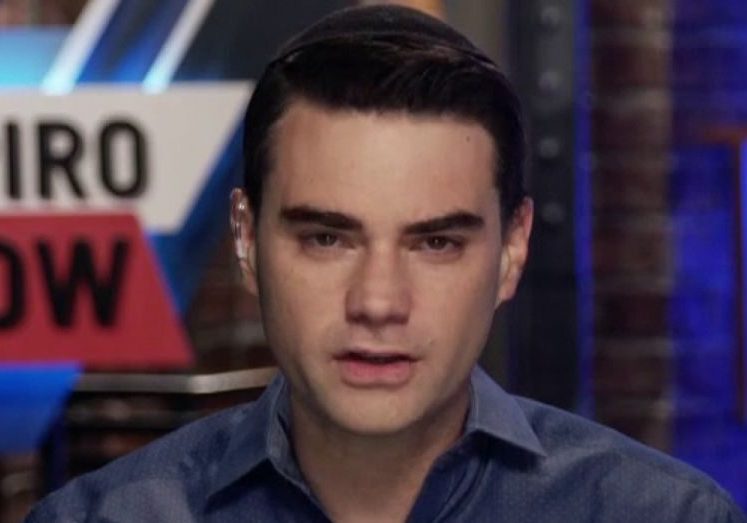 Right-wing pundit and former Breitbart editor Ben Shapiro is totally up in arms over Cardi B’s new song “WAP.” He thinks it’s absolutely disgusting! So much so that he felt the need to recite the lyrics on his podcast this week.

“It’s not really about women being treated as independent, full, rounded human beings. It’s about wet ass p-word. And if you say anything differently you’re a misogynist.”

Shapiro, who once penned a very long op-ed about why he swears he’s not interested in trying gay sex, then proceeded to read the song’s lyrics aloud.

So Ben Shapiro is pretending that Cardi B’s song WAP offends him by reading her lyrics out, abbreviating a P-word, but the creepy little racist is and was okay with a rapist saying he would grab women by the pussy? Oh okay.

Ben Shapiro is right. Cardi B is a terrible role model for young women.

Listen to classy artist like Kid Rock. My favorite of his “Balls in Your Mouth”

“One that I take straight back to my house
And have her suck my dick and put my balls in her mouth".

After seeing Shaprio’s reaction, Cardi B herself responded by tweeting, “I can’t believe conservatives soo mad about WAP.”

It’s no surprise to us, however.

After all, the modus operandi for conservatives has always been to feign outrage over anything involving sex and promiscuity while secretly engaging in the same exact behavior behind closed doors and very often with people other than their spouses.

But Shapiro isn’t the only ring wingnut clutching his pearls over what has quickly become the song of the summer.

Republican James P. Bradley, who is currently running from congress in California, said he “accidentally” heard it and that it caused him to “want to pour holy water in my ears and I feel sorry for future girls if this is their role model!”

Cardi B & Megan Thee Stallion are what happens when children are raised without God and without a strong father figure. Their new "song" The #WAP (which i heard accidentally) made me want to pour holy water in my ears and I feel sorry for future girls if this is their role model!