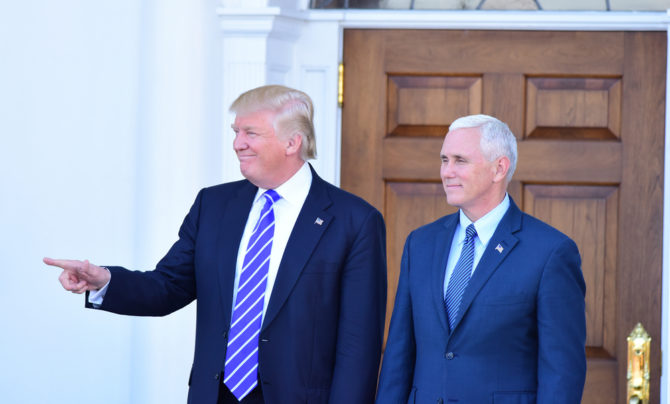 We think it’s safe to say the love affair between Donald Trump and Mike Pence is officially O-V-E-R over.

Trump is planning a grand departure ceremony tomorrow morning at Joint Base Andrews. The military sendoff is expected to be attended by all of his closest friends and confidants.

All except for Mike Pence, that is.

According to multiple sources, the outgoing vice president will not be there to wave his old boss goodbye.

His team says there’s just no way he can attend both Trump’s sendoff at 8 a.m. and Biden’s inauguration at noon, sooooo he’s opting to attend Biden’s thingy instead.

We’re sure that’s it and not because Trump threw him under the bus earlier this month when he ordered an angry mob to storm the U.S. Capitol while Pence was inside overseeing the certification of Biden’s victory.

Trump is expected to give a short speech before waving goodbye to his last remaining followers and boarding Air Force One for the last time as president. He will be flown to Mar-a-Lago, where neighbors are demanding he find another property to bask in the warm glow of his legacy.

While he’s eagerly anticipating his military-style send-off from Joint Base Andrews on Inauguration morning — one of the few items that have cheered him up recently — there were already signs the crowd may be smaller than he’d hoped. And a slate of actual celebrities lined up for Biden’s inauguration has disappointed a president who tried and often failed to secure A-list support for his own presidency.

As for Pence, he hasn’t indicated what he plans on doing after he’s out of a job tomorrow, although there are reports he’s considering a 2024 run for president. That’s only if, of course, Mother allows it.