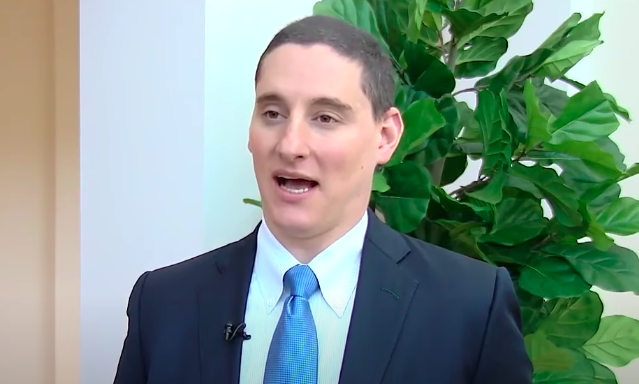 When Josh Mandel announced in February that he was seeking the Republican nomination to replace retiring Senator Rob Portman, few people thought that, by late July, he would be the favored frontrunner. But, according to CNN, he is.

Of course, the election is still 10 months away, and keeping frontrunner status in a crowded field of roughly a dozen people and counting is no easy task.

Which may explain why Mandel recently decided to make vehemently opposing gender pronouns part of his campaign platform. Because every Republican politician knows that when you want to rally up the base, just attack LGBTQ people. It’s a tried and true strategy.

Over the past week, the mediocre 43-year-old straight white male has tweeted three times about how he personally believes that there are only two genders and how he doesn’t understand what “they/them” pronouns even mean and blah, blah, blah, blah, blah.

There are only 2 genders.

There are only 2 genders. Science.

I just saw they/them in someone’s bio. What in the world does that mean?

In addition to being a painfully obvious attempt at pandering to his base, it’s also clear that Mandel has absolutely no idea what the hell he’s talking about since he keeps confusing gender with sex and science with bigotry.

Here’s how folx have been reacting…

Why are you obsessed with this particular topic? pic.twitter.com/VVazkPY6sT

Sex and gender are not the same

When you don’t believe in science but use the word science.

LOL. You’re reeeeeally not gettin’ this, are you, dude?

Gender is a social construct. There are multiple genders … look them up

There are only 3 colors. Potato.

Please know the majority of us do not think like @JoshMandelOhio. You ALL have an advocate in me and most others in #Ohio. Josh is only doing this to pander to his base. His tweets are offensive to many. He has no business pretending to lead in my state.

Why don’t you get some real work done, instead of harassing GNC people online and riling up your klan base?

This is incorrect according to the literal definition of the word “gender.” It would me more correct, but not entirely so, to say “there are only two sexes.”

Mandel’s obsession with LGBTQ people is one of the few things that has remained consistent throughout his 15-year political career.

In addition to opposing both same-sex marriage and domestic partner benefits after previously supporting them, he also voted against extending employment non-discrimination protections to LGBTQ people while serving in the Ohio State House of Representatives. Oh, and he supports the reinstatement of the “Don’t Ask, Don’t Tell” policy, despite having two gay cousins, one of whom served in the military.