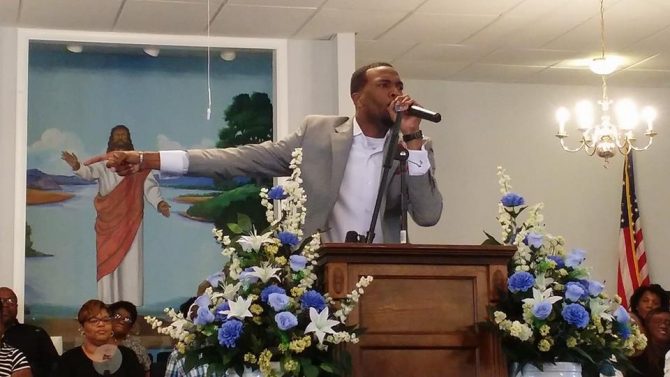 An antigay Baptist minister was arrested at his South Carolina church this week after being accused of impregnating a minor… twice.

According to the Spartanburg County Sheriff’s Office, Pastor Phillip Jerard Buckson was arrested and charged on Wednesday with four counts of second degree criminal sexual conduct with a minor.

Then on Thursday, he was slapped with another second degree criminal sexual conduct with a minor charge, this one from the neighboring Gaffney Police Department,

According to Gaffney Police Chief Chris Skinner, the new charge is connected to another incident with the same minor. Additional charges may be coming.

Police received two tips from the National Center for Missing and Exploited Children which led them to the alleged victim.

In her statement to police, the victim claims she first had “sexual intercourse” with Buckson at his home in October 2015. At the time, she was 13 years old.

According to the sheriff’s he incident report, she and Buckson continued to have “sexual intercourse multiple times” and, when the victim reached the ninth grade, she “became pregnant on two occasions.”

Both times she had “abortions to terminate the pregnancies.”

Evidently, Buckson thinks homosexuality is a mortal sin, but heterosexual statutory rape resulting in not one but two abortions is totally fine in the eyes of God.

Although Buckson, a married father of three, was arrested on Wednesday, this cryptic tweet posted to his official Twitter page about two weeks ago suggests he may have known something was coming:

Lawyered up and heading to court!

According to his church bio, he has preached in various churches South Carolina, Georgia, Illinois, North Carolina, Virginia, and Tennessee, including at several youth revivals.

Related: Antigay megachurch pastor caught on tape talking about all the gay sex he’s had