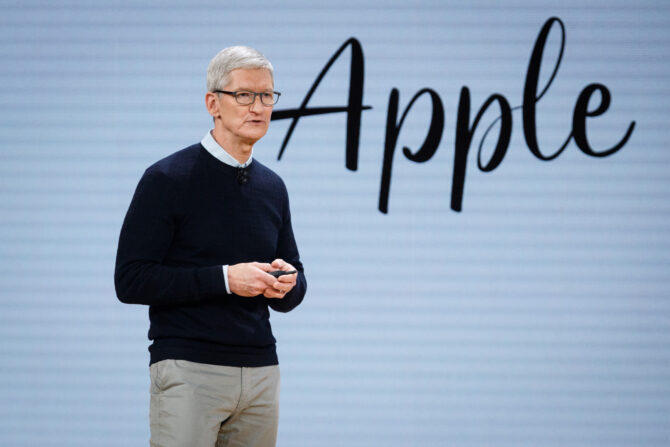 Apple CEO Tim Cook has been granted a restraining order against a Virginia woman who has allegedly been stalking him for over a year, sending him hundreds of disturbing emails and claiming he’s the father of her twins.

The behavior reportedly escalated to emails containing photos of loaded pistols and trespassing on Cook’s property. On Friday the Santa Clara County Superior Court ordered Julia Lee Choi, 45, from McLean, to stay away from the tech leader, the Mercury News reports.

Apple says Choi displayed “erratic, threatening, and bizarre behavior,” and believes she “may be armed and is still in the South Bay Area,” where Cook lives.

Choi, who calls herself Julia Lee Cook (eek) on social media and claims Cook is her husband, has been barred from possessing firearms and contacting Cook or other Apple employees.

Her Twitter bio currently reads “twins died,” and has a photo of Cook in the header. 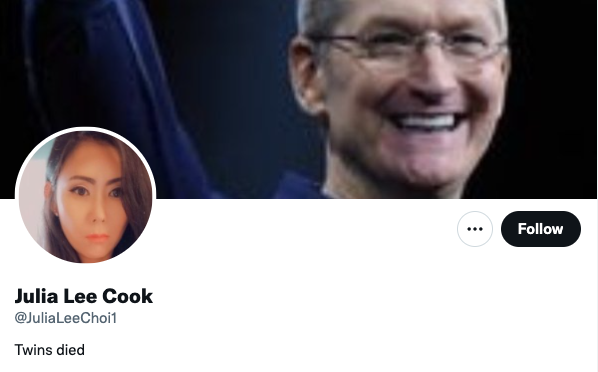 Choi tweeted about being in a relationship with Cook several times on Halloween 2020 and sent him around 200 emails in the following weeks. 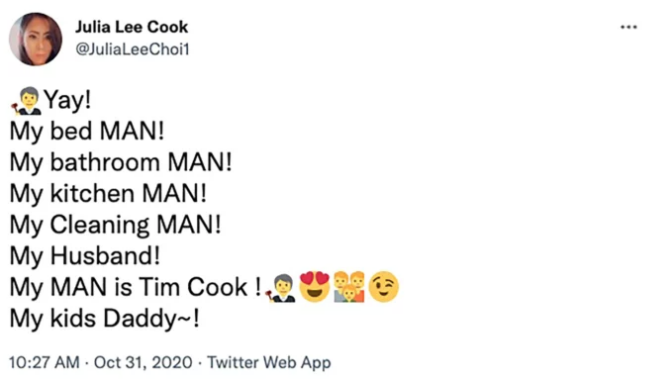 “My new gun will never return it at this time before I shoot!” she reportedly wrote to Cook, according to screenshots in the application.

In another email screenshot from the application, Choi said her patience was “almost done,” and that she wanted to have sex with Cook, who is gay.

Related: Tim Cook says being gay is ‘not a limitation, it’s a feature’ 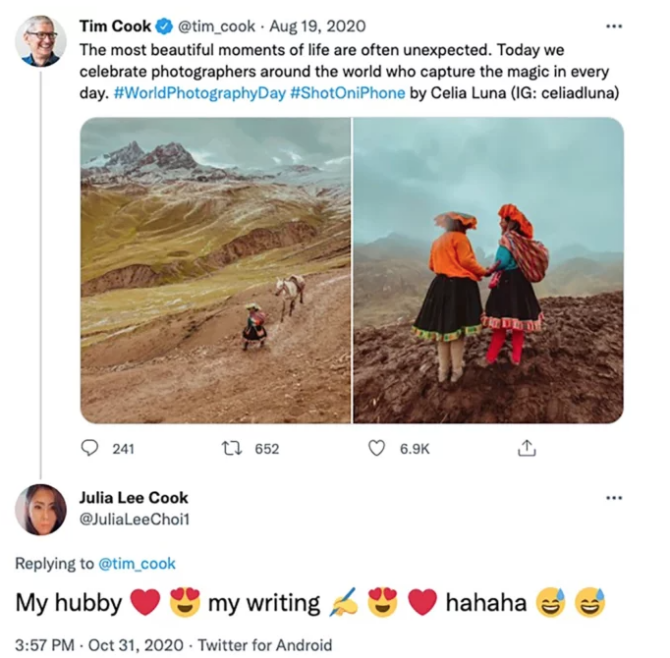 In another email, Choi reportedly asked Cook to be her roommate and is believed to have driven a Porsche SUV to his home on October 22.

Cook’s security stopped her and asked her to leave, but according to the application, she came back and waited outside in her car.

When police arrived, Choi reportedly tried to flee and told the officers she “could get violent.” The car was towed as Choi’s license was expired.

Choi allegedly emailed Cook again in the week before Christmas and demanded $500 million. Then on New Years Day she tweeted about him using violent language, according the application. That tweet appears to have been deleted or removed.

A court hearing in the case is scheduled for March 29.