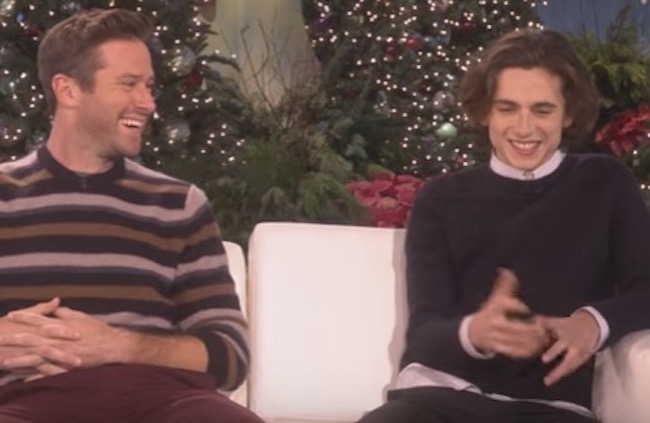 Armie Hammer and Timothee Chalamet recently popped by The Ellen Show to discuss the challenges and triumphs of filming Call Me By Your Name.

DeGeneres effusively gushed, saying the film is likely her fave of the year, and grilled both actors on the rehearsal process.

Hammer revealed that on the very first day, director Luca Guadagnino ordered them to turn to a page in the script at random and act it out.

As fate would have it, they flipped to a scene where both characters passionately kiss for an extended period of time.

Related: Armie Hammer is sick of this question about his on-screen sex with Timothée Chalamet

Guadagnino shouted “Action!” and he meant it.

Later on, Chalamet says he realized people need to deal with razor burn with they kiss a stubbly soul.

“That’s a real thing people deal with,” he emphasized.