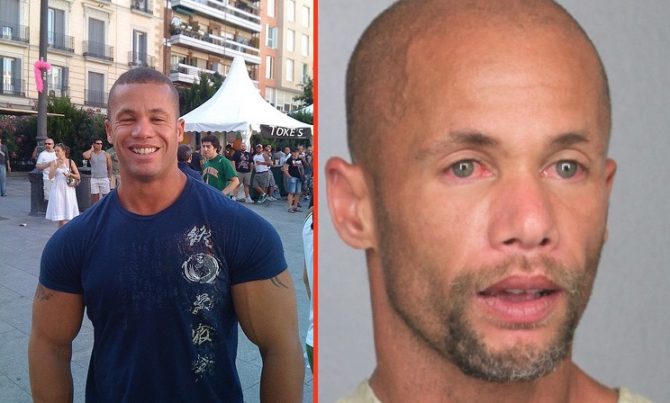 Last year, we told you about Matthew Rush’s skirmishes with the law.

After being charged with methamphetamine possession, the former adult performer’s mugshot showed him looking wan and gaunt, worrying fans.

Unfortunately, Rush (aka Gregory Grove) missed a court date last week and a new arrest warrant was issued on Valentine’s Day, according to Str8upGayPorn (link NSFW).

The current charge leveled against Rush is a third-degree drug felony relating to meth, though earlier in the year he was also arrested for assault and battery following an altercation with his boyfriend.

His ex said Rush “punched him in his mouth with a closed fist which caused him to start bleeding from his lips.”

Rush had a different take on what happened, telling authorities his ex “ran into his forearm.” The charges were dropped after a court deemed there was insufficient information to prosecute.

Following that arrest, he was out of custody for a week. During that time, he posted to Twitter: “I’m fine. Thanks to everyone and their support.”

He was arrested again in September of last year on the drug charge.