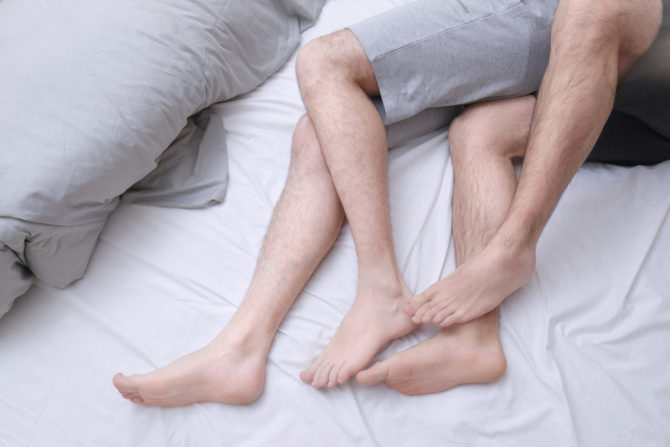 A new survey on people’s sexual journeys has wielded some interesting and even unexpected results.

The survey, which was conducted by DrEd, an online resource that connects patients with doctors, looked at 1,000 people from the U.S. and U.K. who came from various age groups, sexualities, and backgrounds

Now, let’s look at some of the findings…

When it came having their first “sexual awakening,” gay people reported some of the earliest awakenings, averaging at just under 14 years old. But when it came to actually losing their virginity (whatever that means anymore), they were one of the last groups, averaging at almost 18 years old. (17.9 years, to be exact.)

Related: What counts as losing your virginity when you’re gay?

When broken down by generation, the average sexual awakening for a Millennial was 14.9 years old, with V-card loss at 17.4. For Gen Z, sexual awakenings happened at 14.3, and the V-card was spent by age 16.2.

When it came to who or what sparked their first sexual awakenings, 62% of respondents said it was an actor or actress who they found hot. 30% said it was a sibling’s friend. And 14% said it was a teacher.

“The vast array of catalysts for sexual awakening could be an indicator of just how different our tastes can be when it comes to sexual exploration,” a spokesperson for DrEd says. “Or, perhaps these people and images just happen to be in the right place, at the right time!”

Related: Bi guy desperately wants to lose gay virginity to gym buddy but is too afraid to ask–Now what?!