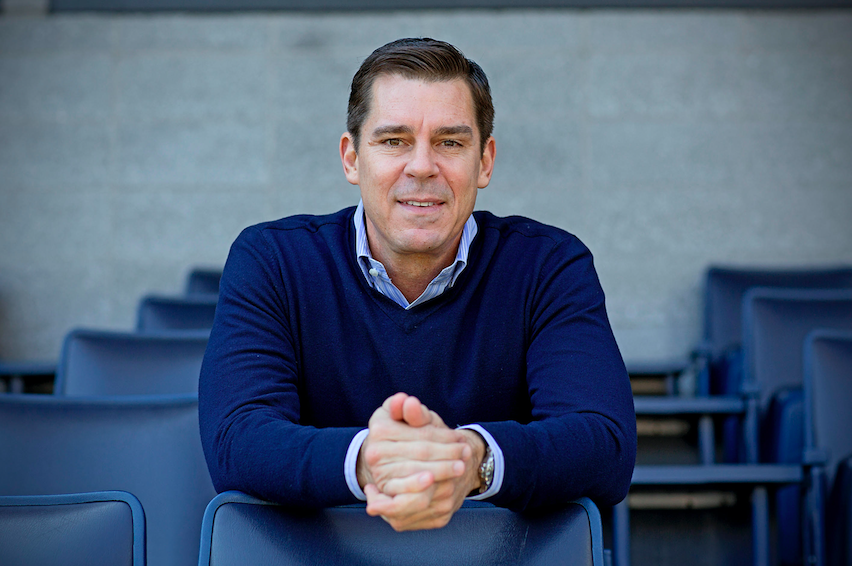 In 1995, Billy Bean gave up the game he loved for the man he loved.

Playing for the San Diego Padres, the lefty outfielder fell in love while on a road trip to Miami. Given what he felt at the time was a complete antipathy to gay ballplayers (to this day, not one MLB player has come out), he felt he had little choice but to retire at the end of the season to live more openly as a gay man with his partner, a Miami restaurant owner.

In a kind of Shakespearean twist, a decade later he was appointed Major League Baseball’s first Ambassador for Inclusion. The job involves leading the organization’s diversity efforts, a project that could one day lead to openly gay players. It has already curtailed much of the bullying and homophobia that once poisoned the major and minor leagues. His efforts include reporting to MLB Commissioner Rob Manfred on MLB’s “Shred-Hate” bullying prevention program.

Today, Billy lives with his partner Greg Baker and their  Jack Russell Terrier “Beya” in New York City, where he stays athletic with CrossFit training and tennis.
He took a few moments from his travel schedule and his advocacy work to speak to Queerty on the eve of World Pride in New York City.
Did the culture of sports that you excelled at make the recognition that you were different difficult?

I have wondered most of my adult life why I did not fully recognize that I was gay until I was in my 20s. Until that time, I had never had any type of interaction or experience of that nature, so I guess in my mind, I thought it wasn’t true. My world revolved around sports and my next game. My family was very conservative, so it seemed like I was programmed or destined to be like everyone else I knew and loved. On my radar, there were no references to gay or lesbian people or issues (except derogatory ones) that resonated with me. My generation grew up without the Internet, so it was much harder to explore random thoughts that I easily dismissed. I do wish I had understood what was confusing to me at that time. It would have saved me from so many years of hiding and living in shame.

How did you deal with that challenge while playing for the San Diego Padres?

I never dated men while I played. I was married to my then-wife, now ex-wife. It wasn’t until I met someone, my first partner Sam, that I began to accept that I was made differently than I planned. I fell in love with him instantly. I then left my marriage and began our relationship. That’s when the difficulty began for me. Trying to bridge the world of professional sports and being a gay man in the early ’90s was very difficult. Somehow, I thought I could keep it a secret. I was so naive. Then when Sam died suddenly of HIV-related causes three years later, my whole world fell apart. The only solution I could come up with was to quit playing baseball and move as far away from San Diego as I could.

As a young man, what did you dream of becoming?

The only dream I ever had after the age of 13 was to be a Major League Baseball player.

How did you find your way to a new, freer, place?

It’s frustrating to admit, but I never found any level of peace as a player. After Sam passed away, I felt very isolated and depressed. I regret never believing in myself enough to reach out to my family during what became my last season as a player. I am sure it would have changed everything. I didn’t give anyone a chance to be supportive, or help me through such a difficult time. Since I returned to MLB, I have spoken with former teammates who expressed their disappointment that I had not confided in them as well. My abrupt departure from baseball had a huge impact on me for the first few years. I had no plan B for my life or career. I only knew myself as a baseball player and I threw that away. It took me a while to figure things out. It wasn’t until my story became public that I began to meet so many amazing people in my (LGBTQ) community. Then things began to change. I was so inspired by the courage of our LGBTQ pioneers as I learned our history. Looking back, I still think about how my choices, my life, and my career would have been different had I not tried to handle everything alone.

How did you go about creating a better environment for yourself with family and friends you knew would be supportive and positive? 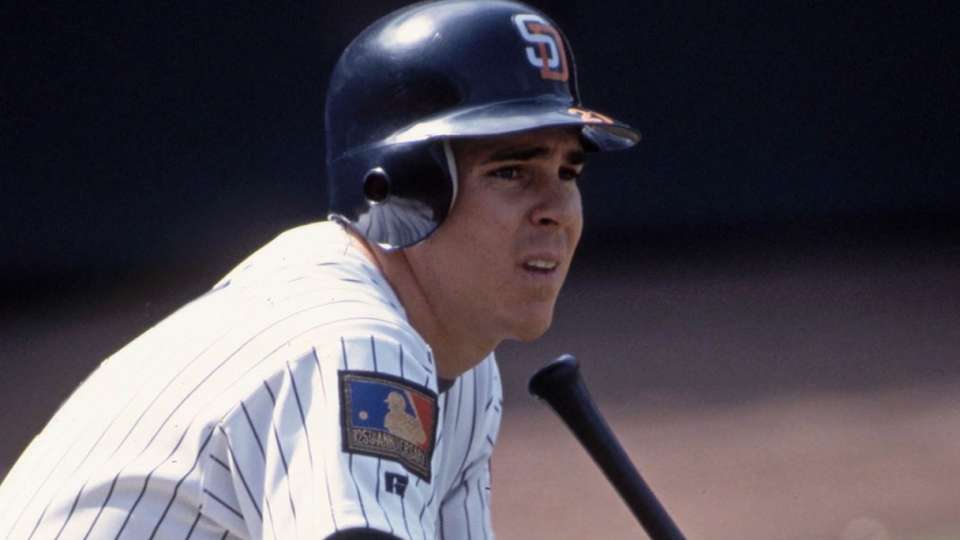 I would never recommend the path that I took in those first few years. My family lived in Southern California and was confused as to why I moved away and stopped playing baseball all at the same time. I also did not come out to them for a while after I stopped playing. It is an emotional process, when your public life takes such a drastic change, especially in the eyes of people who love you. My family and friends only “knew” me as an athlete, and then a Major League Baseball player who got married very young to my college girlfriend. So, it was an adjustment for them, and I totally understand how and why it was difficult. I wasn’t sure how long it would take, but I knew that I had to be patient. Over time, my family was great, and I feel very fortunate. It was a learning experience for all of us.

How does it feel to now play a key role in making America’s pastime a more accepting and equal playing field for others, after suffering the effects of a hostile environment yourself?

There are times where I feel the irony of being asked to return to MLB for the exact reason that I left it. I don’t think any of us at the Office of the Commissioner could have envisioned how much my job and responsibilities would grow in just five years. Baseball is always trying to improve and be a strong example to our fans, not only on the field but with our values away from it. I am very proud to be a part of that process. There are some days that are not easy, but I am determined to be a strong role model and influencer in my sport and beyond. In our education conversations, I work very hard to find common ground with our players, front offices, and stakeholders.

What would you advise other athletes undertaking such a journey?

Be ready to travel!

Looking back, what lessons have you learned?

I could write a book about the lessons I have learned. (In fact, he did: Going the Other Way: Lessons From a Life In and Out of Major League Baseball.) In this job, every single day, I am confronted with challenges. Conversations about inclusion and acceptance have changed dramatically over the past couple of years. I know from my own personal experience that I can never take anything for granted in life. I have an important responsibility to our young players to provide resources that they can use and perhaps share as they all will have the opportunity to be ambassadors of our great sport. Whether they decide to use those resources is up to them. My life journey is and will forever be linked to baseball. All of those painful and difficult moments helped prepare me for the job I have today. I could never have understood that when I was going through them, but now I see it as a learning experience instead of as a failure to live up to my athletic abilities. I feel incredibly grateful to have the opportunity to impact my sport, and I have dedicated my life to not messing that up again.

Will there be openly gay players in the future?

I believe there are many circumstances as to why we have no out gay players at this time. However, the culture throughout the major and minor leagues has become more and more accepting each year. I believe we will be ready when it happens because we have made it an absolute priority to educate, cultivate, and foster an environment where every player, employee, and stakeholder feels accepted.

What are your Pride plans?

I will be in New York City for World Pride. MLB will proudly be participating in the parade June 30. We will have our very own MLB float with around 200 employees on or alongside it. It will be a wonderful day and I wouldn’t miss it for anything.