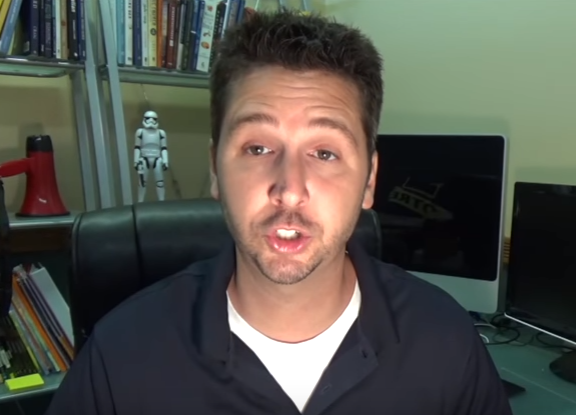 It all started when conservative blogger and “unashamed follower and servant of the Lord, Jesus Christ” Peter Heck received a letter from the Southern Poverty Law Center about white supremacist groups gleefully celebrating the election of Donald Trump.

“As with all correspondence from the SPLC,” Heck writes in an op-ed published on his blog The Resurgent, “it was a fear-mongering fundraising drive.”

Naturally, being a conservative, white, heterosexual male living in constant fear of having his privilege stripped away, Heck found the letter deeply troubling.

For those truly interested in ending bullying, teaching tolerance, and promoting civility in our schools these days, serious attention needs to be paid to the aggressively hostile pro-LGBT organizations now influencing everything from textbook curriculum to classroom management.

How Heck went from a letter about white supremacy to “aggressively hostile pro-LGBT organizations” is anyone’s guess, but it doesn’t stop there.

Heck says the teacher passed out rainbow stickers to students “without their consent.”

“Imagine,” he writes, “if a high school teacher gave every student a binder and placed a ‘WWJD’ sticker or an emblazoned Christian cross on the front of it without their consent.”

It is Heck’s personal belief that if schools really want to promote acceptance, they need to completely shun all things LGBTQ-related rather than promote “pet political ideologies during instructional time to a captive audience.”

Of course, none of this is a surprise to him. Anti-religious freedom activists have been trying to infiltrate schools for years. Heck just wishes people would wake up to what’s going on!

Schools should expect nothing less from teachers affiliated with supposed gay rights groups like GLSEN that, encourage teachers to require students ages K-12 to engage in numerous forms of coercive, group political activism, disregarding the parents’ desires or the students’ religious beliefs.

“Those are the groups that a real tolerance police would be warning about,” he snarls. “Instead, they fundraise as the real bullies continue infecting our public schools.”

Related: Students advertise “Straight Pride” day in Indiana to “take back the rainbow”