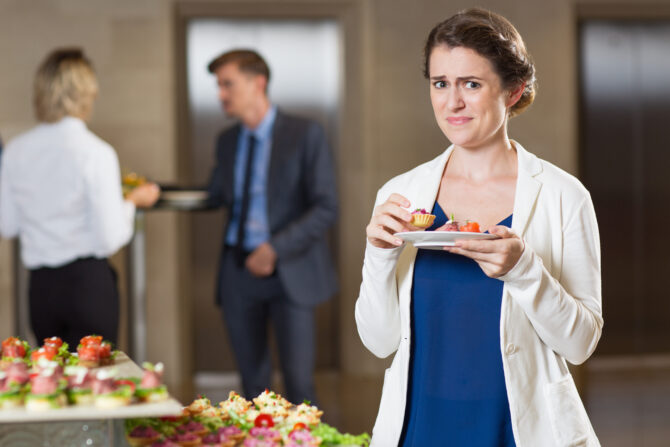 A woman who unwittingly caused drama at her gay cousin’s engagement dinner has shared her story online, and wants to know if she handled the situation well.

Posting to the popular AITA (Am I The A**hole?) forum on Reddit, user Antelope_Future shared the unfortunate experience.

She explained she was very close with her cousin growing up and “so happy” to be invited to the dinner. At the urging of both her cousin and aunt, she brought along her new boyfriend, whom she assumed would also be her date to the wedding.

“The first part of the dinner went well,” she wrote, but, “things went south after the main course was served.”

“My bf made a comment about how he doesn’t understand why gay people feel the need to get married and they make too much of a fuss over it when they aren’t ~really~ married in gods eyes anyways. The table went silent and my cousin looked understandably hurt. This was a shock to me. I hadn’t been dating him long but we had never discussed religion and he certainly never said anything like this. I got up and asked him if he’d go with me outside to get some fresh air. When we got out there I asked him what the f he was thinking and he said he is sorry if he was “too blunt” but he felt compelled to be honest. I told him that this is not something I will be able to move past and asked him to go ahead and leave the restaurant.

“When I returned to the table I apologized for his rude behavior and said he would not be coming back. My cousin did not say anything or look at me for the rest of the meal… After the meal, I went to tell my cousin bye and apologize to him personally. Before I could speak he started yelling at me that I ruined a special night for him and how could I invite a bigot to his literal engagement. I said I was so sorry and broke up with my bf and would never want someone like that go to their wedding with me. He said he wasn’t sure if I’d be welcome at the wedding at this point.

“I feel really badly about what was said,” she concludes, “but I did everything I could to manage the situation once I was aware. AITA here?”

While some commenters suggest she should have made sure her boyfriend was supportive before bringing him to the dinner, nearly everyone agrees it wasn’t her fault and that she reacted well to a bad situation.

“You did everything you could to handle the situation sensitively and appropriately – you’re a great cousin. But your cousin was also understandably hurt by what happened and lashed out. Give him a little time to cool down and approach again to explain the situation,” advised one person, who added, “Obviously your ex is a MASSIVE AH.”

“If you genuinely didn’t know he was a homophobe, you handled the situation well in response to what he said. I’m sure it’s hard for your cousin to believe that you didn’t know he had those views, and it would have been super hurtful to hear that, especially at his engagement party. I hope after some time you two will be able to make amends,” wrote another.