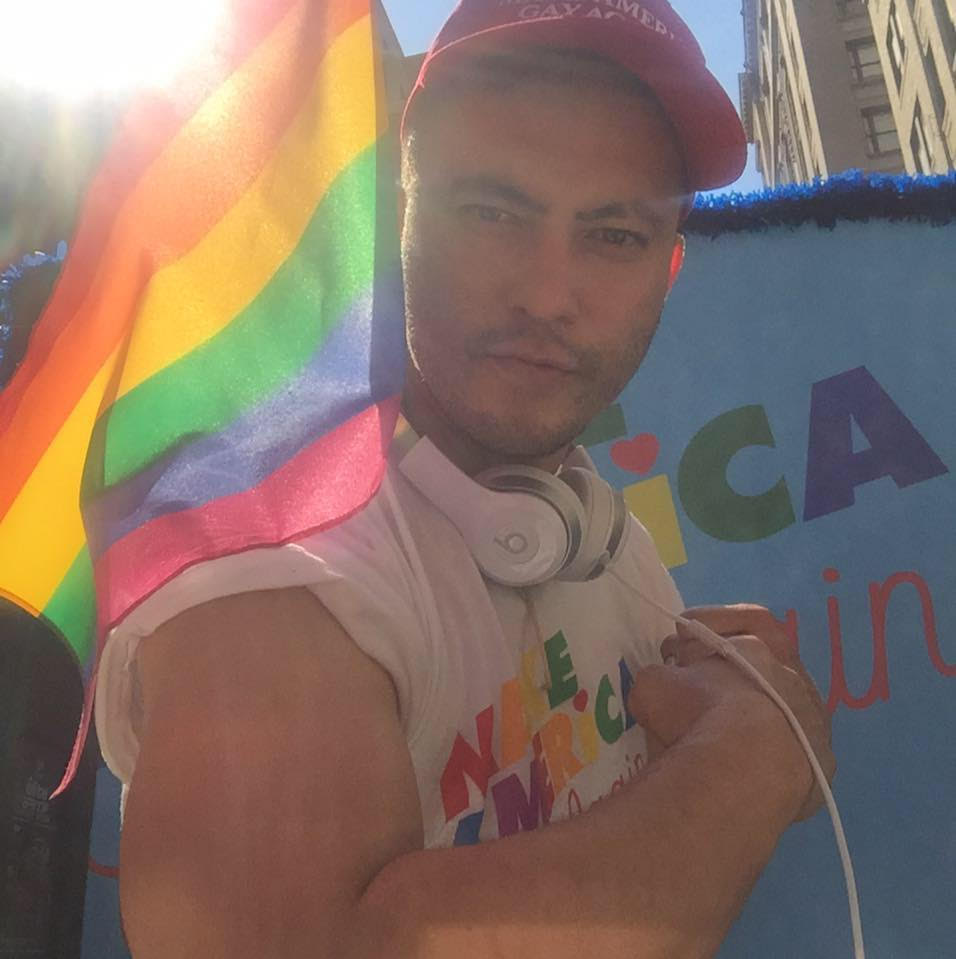 Frankie Sharp, military brat-cum-New Yorker, is an event producer, DJ and personality. Frankie can be found all over New York contributing to queer nightlife every night of the week.

Creator of the award-winning WestGay, Frankie will be curating a new night for Ian Schrager’s new venue The Public Arts coming this June.

1. What are you working on right now that brings you Pride?

My whole career is GAY. I create spaces and events for all of us to dance, feel good, and safely get into some trouble.

All through Manhattan, Brooklyn, and Fire Island, you can catch me producing, DJing, and hosting gay and queer events all summer long.

On Pride Sunday, I’ll be DJing our annual Gay Pride party on the rooftop of The Jane Hotel (where Rupaul used to live in the 80s), a place where everyone always ends up — from Harry Styles to Amanda Lepore.

I’m also DJing at Easternbloc on Friday night and Metropolitan Bar on Saturday night that weekend.

My first “real” Pride was when I was 18 in San Francisco. I’d just moved to San Francisco, right after graduating high school. I did Ecstasy for the first time (and this was ’90s Ecstasy so it was real.)

It was “Pink Sunday,” a massive block party that happens during Pride Sunday in the evening. All the businesses in the Castro District stay open late and everyone gets crunk. But the whole community and neighborhood felt familial and full of Love.

It could’ve been the drugs, but it was wonderful! People are dancing and fucking on top of bus stops, newsstands, cars… Whatever! Every faggot was hanging outside of their apartment windows shouting down to trade and blasting disco and house music from their apartments. It was ELECTRIC and heaven to me.

It’s now changed, obviously. I think straight people caught wind of it, because there have been reports of stabbings and muggings since. Such a shame because it was such a beautiful cathartic moment where everyone was really unhinged. I think it’s very policed now, if not cancelled. Sad if it is.

I went to Portland, Oregon Pride one year and their Pride was very Portland. It was raining, awkward, kind of depressing, and very low attendance — but the street food was super-good.

I guess I’m supposed to say Sydney — ’cause Sydney is like the gayest place ever, right? Kylie is from there. The Kylie that counts… Minogue.

How is Pride different this year?

Considering our ridiculously run, backwards country right now, I think we all are a ‘lil more in your face about our Love and Pride, more than ever. It feels aggressive and powerful.

“I Feel Love” by Donna Summer. My favorite pride moment ever (and possibly in my life) was Pride 2016 last year when I DJ’d the American Apparel Float.

It was great until my speakers blew and we were going down the parade route silent for a minute, which felt like an eternity. I was devastated. But right when we turned onto Christopher St. and passed by Stonewall, magically the sound blasted back on and “I Feel Love” came on and I cried and the parade crowd cheered!

It was spiritual and unreal. 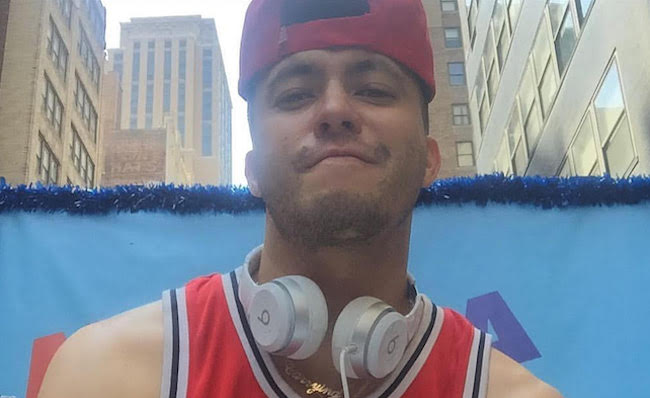 Tacky (and magnificent) rainbow looks, of course — or anything with a cape.

Frankie loves long walks on the beach (between The Pines and Cherry Grove of course), Bro-mantic Comedies and Sipping Lambrusco in the Park(ing lot). Frankie is taking Kendo (Japanese sword fighting classes) this summer because he thinks it’ll look really cool in “The Club”.