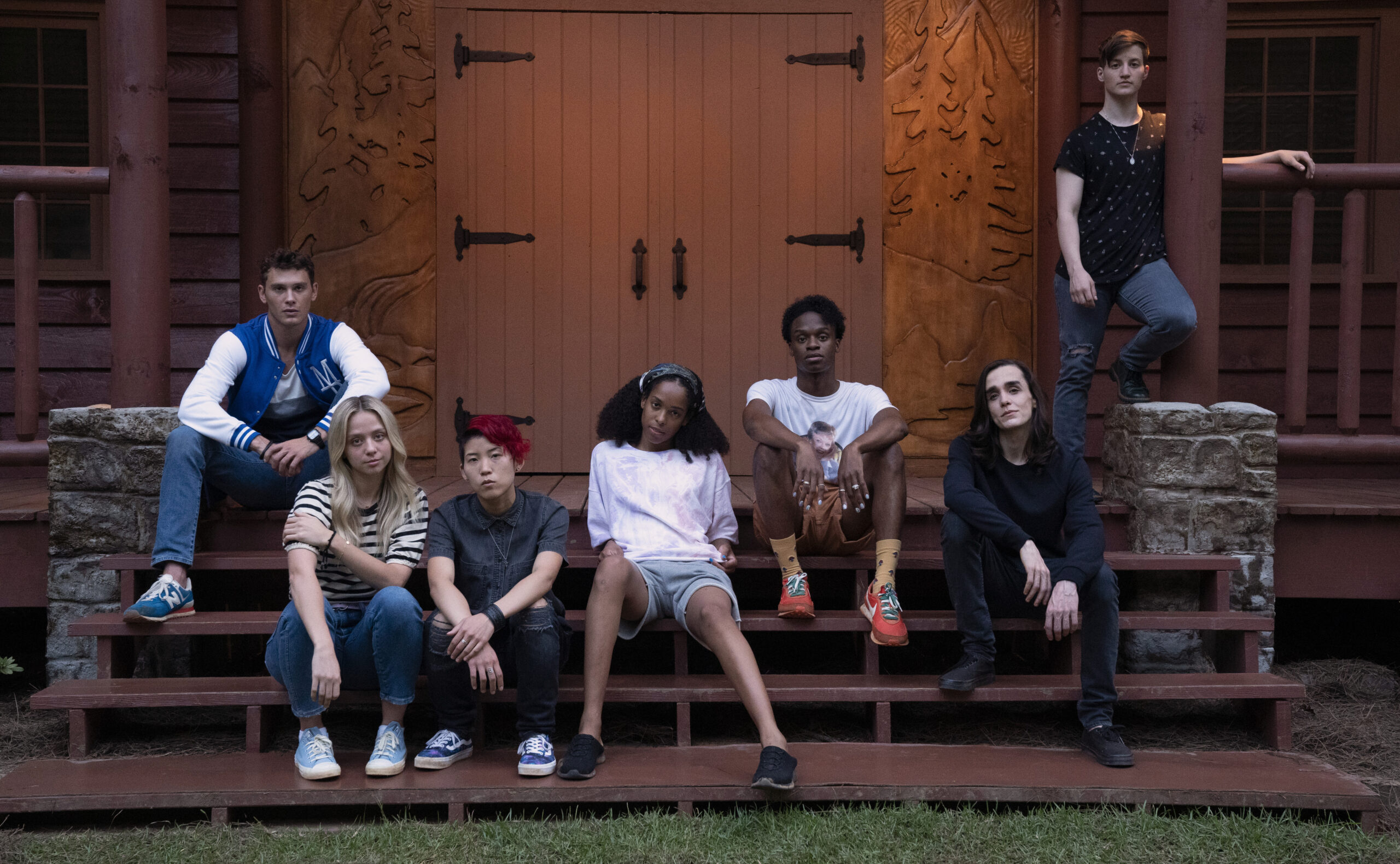 We sat down with the cast of the new conversion camp slasher They/Them, which is out today, with one essential question on the docket: Why do so many queer people have an affinity for horror as a genre?

After all, horror has often not been kind to the queer community.

Think Buffalo Bill in Silence of the Lambs, a trans woman serial killing cis women and wearing their skin. This was many people’s first look at a trans character on screen, and what an unfortunate introduction it was.

“In the past, queerness has been built up to be a horror,” explains They/Them EP Scott Turner Schofield. “There’s this idea that there’s something so scary, especially about trans people, that for 60 years we’ve been [portrayed as] serial killers.”

Thanks to general conventions like the queer-coding of villains and the “bury your gays” trope, many in the community were originally distrustful of a slasher set in a place with so many vulnerable queer characters.

“When we put the release out, there were a lot of LGBTQ folks who were like, ‘I don’t know about this,’ and I knew that they were just coming from where they’ve been set up to be by this genre,” Schofield recalls.

He emphasizes that the delight lies in the defiance of that expectation, saying, “it’s going to feel amazing to see what can happen when it comes from a queer point of view.”

Austin Crute (“Toby”) argues that it’s these harmful tropes that have actually inadvertently drawn the queer community towards the darker side of media.

“Even beyond horror, you see a lot of the feminine characters being evil villains,” he says. “Dracula, Scar, Jafar, these characters that are considered straight; they have a tinge of queerness to them that makes them more intimidating, or scarier, or more predatory.”

“There’s just something about processing my experience through consuming this genre,” they state. “It just feels like I’m settling something in my psyche when I’m watching scary movies. Maybe because it’s cathartic; maybe because there are a lot of painful experiences that a lot of queer people have.”

This idea that the connection between LGBTQ people and horror is processing the horrors inflicted on queer folks by hetero/cis-normative society seems to be the most popular among the cast, and it’s certainly not unfounded.

“There is a real life horror that happens when you are who you are in a world that doesn’t want to accept that or is uncomfortable with that,” notes Carrie Preston (“Dr. Cora Whistler”).

“There’s a lot of freedoms, and there’s a lot of progress that’s been made, but then there’s also a backlash and a clamping down on that progress. That, in and of itself, is terrifying. So to use the horror genre to shed a light on that, it makes sense.”

“As queer people in this society, a lot of the time we’re seen as “other” or as outsiders,” Monique Kim (“Veronica”) offers. “I feel like in horror in general, that’s what we’re seeing, so it’s just a natural way to use those characters as a metaphor for queerness.”

Anna Lore (“Kim”) adds another perspective to the conversation, calling on one of the often overlooked aspects of the genre.

“There’s a little something to be said about camp, right?” she asks. “Horror is often kind of camp. It’s kind of larger than life, which I feel mirrors other queer art forms as well.”

Indeed, camp finds itself flirting with the macabre in works as light as Rocky Horror Picture Show or as wild as Multiple Maniacs. Queer figures like Vincent Price and Elvira exemplify the grandiose flair with which the dramatic and the horrific coexist.

Kevin Bacon (“Owen Whistler”), star of landmark camp slasher Friday the 13th, had never considered the connection between the queer community and the genre.

“This movie was John Logan’s idea about taking a very, very classic slasher structure, and then delivering a message about the horrors of conversion therapy,” he explains. “I thought that was a very brilliant combination of those things. There is a lot of intersection there, I just wasn’t aware.”

Thankfully, the queering of horror has become more and more blatant since the days of classics like Friday the 13th.

They/Them finds itself as an entry in an LGBTQification of horror well underway: Jennifer’s Body, the lesbian Fear Street leads, Misha Osherovich in Freaky, that little genderfluid child of Chucky’s, so on and so on.

An honorable queer horror mention has to be made here for the entire Ryan Murphy-verse – not just for shows like American Horror Story and Scream Queens, but for going the extra mile in scenes like trapping the Glee gays in a gas-filled elevator with a Saw-style puppet of Jane Lynch.

They/Them stands on the shoulders of works like these and continues to build the legacy of queer horror.

On what ultimately makes ths coupling of queer folks and horror so successful, Cooper Koch (“Stu”) jokingly offers the most succinct explanation of all:

“Well, we are horrific.”

For anyone still out of the loop, check out the trailer for They/Them now streaming on Peacock: 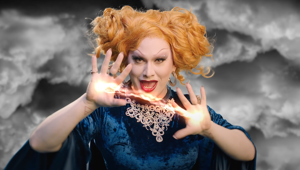 all hail the supreme