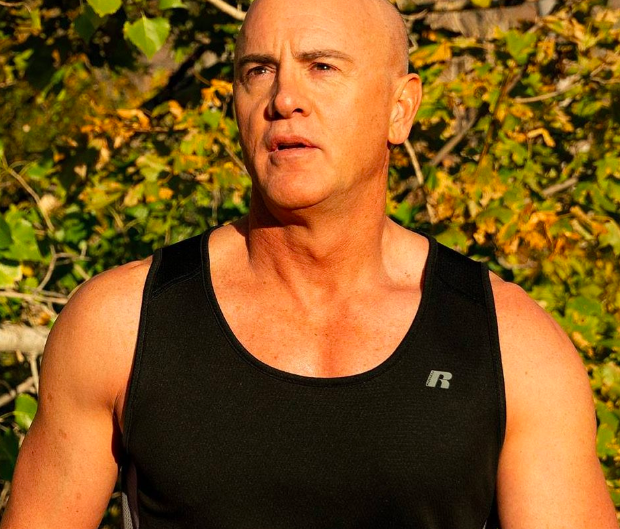 A notorious conversion therapist from Utah is kicking off 2019 by rebranding himself as a proud gay man/muscle daddy.

David Matheson, who is best known for launching the B.S. “Journey into Manhood” program, which used Mormon teachings to steer gay people into repressing their true feelings, says he’s giving all that up to “pursue life as a gay man.” Not just that, but he’s looking for a boyfriend!

In a statement shared by Truth Wins Out, which advocates against conversion therapy, Matheson writes:

My time in a straight marriage and in the “ex-gay” world was genuine and sincere and a rich blessing to me. I remember most of it with fondness and gratitude for the joy and growth it caused in me and many others. But I had stopped growing and was starting to die. So I’ve embarked on a new life-giving path that has already started a whole new growth process.

I wasn’t faking it all those years. I’m not renouncing my past work or my LDS faith. And I’m not condemning mixed-orientation marriages. I continue to support the rights of individuals to choose how they will respond to their sexual attractions and identity. With that freedom, I am now choosing to pursue life as a gay man.

Noticeably absent from the statement, however, are the words “I’m sorry” to the countless LGBTQ people whose lives he made a living hell with his decades of bogus therapies.

Matheson, who has been married to a woman for over 30 years, began offering counseling to men with “unwanted homosexuality” after receiving his Masters of Science degree in Counseling and Guidance from Brigham Young University in 1996.

In 2004, he opened a full-time gay conversion clinic in New Jersey, where he charged $240 for a 90-minute session. And in 2013, he self-published the book Becoming a Whole Man, a guide for dealing with “unwanted homosexuality.”

On Facebook yesterday, he posted a second statement saying “an intimate relationship with a man [is] no longer something I [want] to avoid” and that it has instead “become a non-negotiable need.”

He also changed his Facebook profile pic from a conservative suit-and-tie photo to a picture of himself looking buff, bald, and tan in a black tank top.

In response to Matheson’s coming out, Wayne Besen of Truth Wins Out says, “If conversion therapy does not work for authors like David Matheson who write books on the discredited practice, it is naive to expect it to work for those reading such deceptive publications.”

He continues, “Conversion therapy employs guilt and shame to browbeat desperate and vulnerable people into renouncing their humanity. This is the latest evidence that conversion therapy is consumer fraud and ought to be outlawed in all 50 states.”