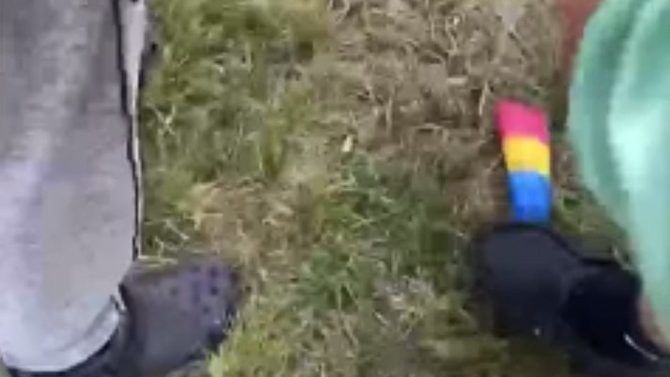 The St. Augustine Record reports that the district has not made public the identity of the seven students in question, nor have officials revealed the disciplinary action they might face. A spokesperson for the school had previously noted that the infractions could carry punishments ranging from school suspension to placement in an alternative education program.

Christina Langston, a spokesperson for the school, added that she did not know if any of the students would face criminal prosecution–another possibility as well.

“This behavior is not acceptable and is not indicative of the culture and students at BTHS,” the district said in a statement earlier this week. “It is very disappointing that these students handled themselves in this way.”

Viral video of the incident shows the students in question harassing members of the school’s Gay-Straight Alliance, shouting homophobic and transphobic slurs, as well as saying “There’s only two genders” and “Y’all have a mental illness.” The same video shows students stomping on the Pride Flag, as well as wielding homemade Confederate Flags with they wave at students and the camera.

Parents within the district reacted with horror to the video, with several calling it a hate crime.