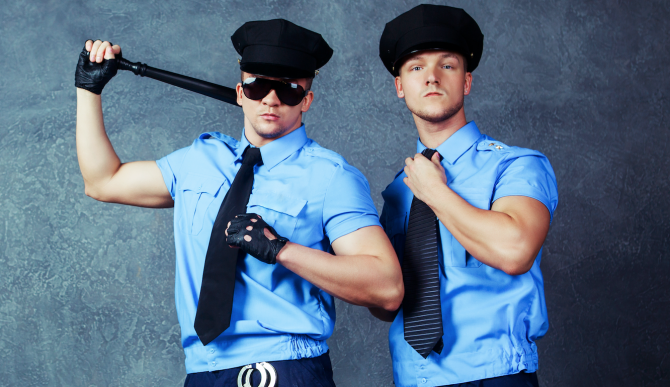 Yet another absurd detail has emerged in the story involving that antigay lawmaker from Hungary who was busted trying to escape a gay sex party in Brussels, Belgium in late November. The party organizer says when the soirée was busted by the cops, several of the guests assumed the interruption was all part of the plan, and immediately tried to unzip the officers’ pants.

Manzheley, 29, went on to explain that the party was originally to host 10 COVID-cleared guests. However, those guests brought their own guests, and things got a bit out of hand.

“They immediately started shouting: ‘Identity card! Now!. But we weren’t even wearing pants, how in God’s name could we quickly conjure up our identity card?”

And to add to the chaotic scene, Manzheley said some guests “tried to unzip the pants of the policemen.”

The apartment, located above a bar, was furnished with overstuffed couches and mattresses strewn across the floors. And placed conveniently in the center of the room appears to be a lube station.

Or is that hand sanitizer?