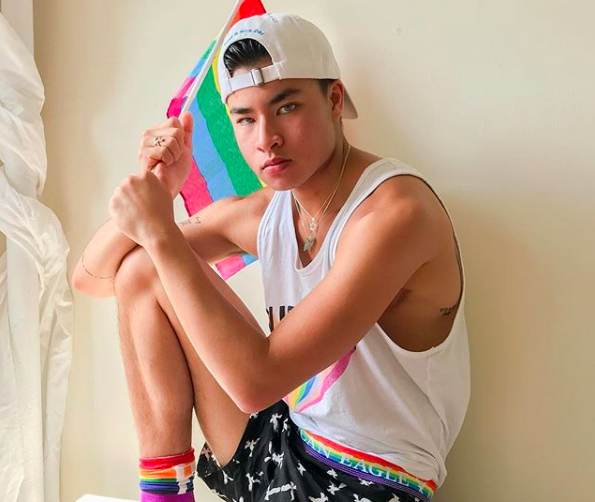 Who is he: Genderqueer, deaf activist, trans model, artist

What he’s accomplished: Just 20, Man has already made some huge strides. In 2018, he became the first deaf trans model to sign with acclaimed international model management firm IMG Models.

Then in 2019, he was cast as Jericho, who uses sign language to communicate, for the DC Universe digital series Titans. Speaking to Huffington Post in March, Man said, “I rarely saw sign language authentically represented on screen growing up, so this incredible opportunity has made my heart soar.”

Why we’re proud: Man identifies as a “deaf, Jewish, genderqueer, transmasculine person of color.” Last year, he gave a powerful TedX Talk about his identity and his transition, sharing with the audience a series of videos from his first year taking testosterone.

Man posts to his YouTube channel, where he educates on everything from top surgery to how to say swear words in sign language. He’s also no stranger to posting sexy selfies on Instagram, where he boasts an impressive 277K followers.

And while he has had to overcome many obstacles in life, he has always maintained his sense of humor, focus on the positive, and a message of love, hope, and, most of all, acceptance.