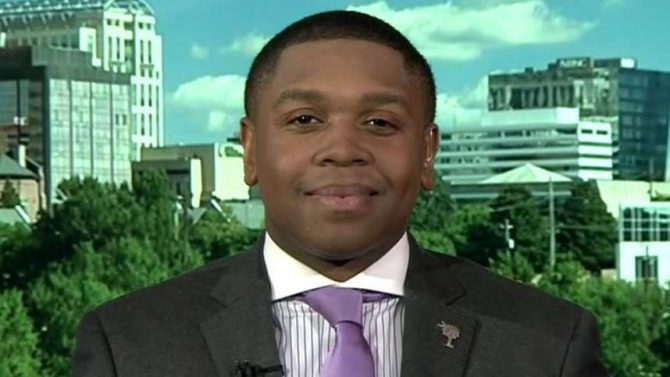 A new article published by Vanity Fair takes a close look at Pete Buttigieg‘s historic presidential campaign and how the 2020 hopeful is engaging with Black voters.

Writer Chris Smith praises Buttigieg for his charisma, his intellect, and his fundraising prowess. At the same time, he makes some fair points about his weaknesses, as well, most notably his poor handling of the police situation in South Bend, Indiana.

Buttigieg has received criticism for how he fired the city’s Black police chief, as well as how he handled allegations of racism against police in the past.

“If you can’t keep that situation under control in that pissant town, why on earth are we gonna put you in the presidency?”

It’s a valid criticism and one Mayor Pete has yet to reconcile.

But it’s in Smith’s handling of Buttigieg’s sexuality where things start to get a little dodgy.

Buttigieg is also gay and married. Attitudes are shifting with the generations in South Carolina, but for many older, churchgoing black voters, Buttigieg’s sexual orientation goes against their religious beliefs.

“The personal stuff is a distraction,” he says. “It presents a challenge.”

The gaffe could easily be written off as a poor choice of words… until, in the next breath, Seawright implies being gay is a choice.

“But the Chinese symbol for crisis is the same one for opportunity,” he says. “He can share his story, and talk about how the things he will fight for will impact communities regardless of who he chooses to love.”

Afterwards, Seawright posted the quote on his Twitter page:

“It presents a challenge. But the Chinese symbol for crisis is the same one for opportunity. He can share his story, and talk about how the things he will fight for will impact communities regardless of who he chooses to love.

Later in the article, Seawrite, who is a 5th-generation member of the African Methodist Episcopal Church, which condemns same-sex relationships, suggests that if Buttigieg wants to succeed, he should quit talking about being gay and instead focus on “the issues of the day.”

From where we’re sitting, Buttigieg doesn’t appear to talk any more about his sexuality than any of the other Democratic candidates. (He needn’t bother with folks like Seawrite bringing it up all the time.)

Alternatively, anyone who says being gay is a choice that violates their religious beliefs could do the same: Focus on the “issues of the day” and stop obsessing over Mayor Pete’s sex life.