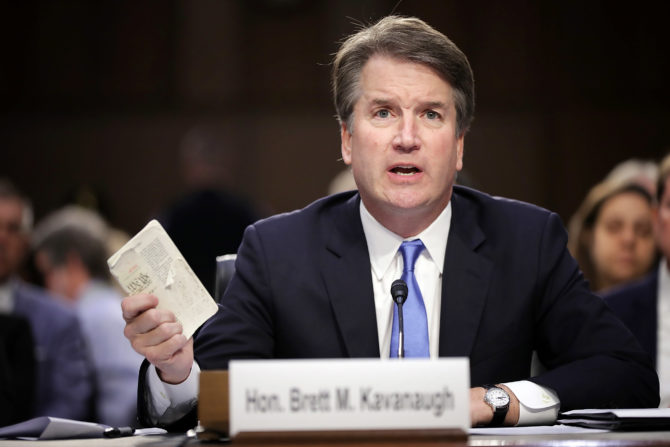 Trump Supreme Court nominee Brett Kavanaugh testified before the Senate Judiciary committee in what will likely go down in history as the most bizarre and incendiary judicial interview process in history. Amid all the talk about Kavanaugh’s attacks, Lindsay Graham’s outbursts and Dr. Christine Blasey Ford’s accusations of assault, one detail has gone mostly overlooked: Kavanaugh probably lied about his high school games. And someone in Congress is trying to cover it up.

During his testimony, Judge Kavanaugh claimed to have engaged in a game called “Devil’s Triangle” while in high school. He further asserted that the game bore a semblance to the popular drinking game Quarters, in which participants try to fling quarters into a glass. Kavanaugh even submitted a calendar from the period with entries that supposedly confirmed the dates on which he and friends had played.

Wikipedia moderators have already traced the origin of the page edits to a computer in the House of Representatives. The actual editor–as well as his or her motives–has yet to be identified. Wikipedia has also discovered a number of other edits to articles made during or following Kavanaugh’s testimony changed to reflect the nominee’s answers.