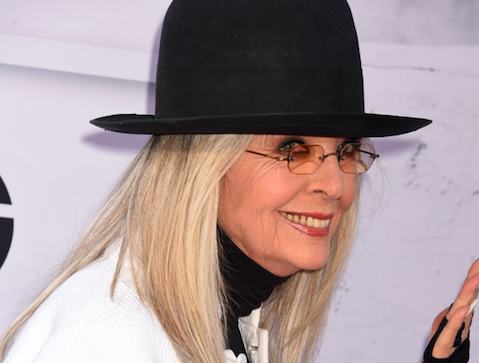 Joining the chorus is actress Diane Keaton, who took to Instagram this week to voice her support of Ellen, writing (in all CAPS): “I ALWAYS ENJOYED MY VISITS TO THE ELLEN SHOW. I’VE SEEN HOW THE AUDIENCE EXUDES HAPPINESS AND GRATITUDE. SHE GIVES BACK TO SO MANY INCLUDING ME.”

I ALWAYS ENJOYED MY VISITS TO THE ELLEN SHOW. I’VE SEEN HOW THE AUDIENCE EXUDES HAPPINESS AND GRATITUDE. SHE GIVES BACK TO SO MANY INCLUDING ME. @theellenshow

But given Keaton’s problematic past when it comes to defending colleagues who maybe don’t deserve defending (read: Woody Allen), the post didn’t generate much support from, well, anyone.

Many commenters were quick to note Keaton’s privilege as a wealthy celebrity.

To which another commenter echoed, “Just because she treats celebrities well doesn’t mean she hasn’t been cruel to her staff. It’s not like you’d understand the feelings of normal people is it?”

“You’re coming from a place of great privilege. With one point of view,” someone else added added. “Just because it hasn’t happened to you, doesn’t mean it doesn’t exist.”

Then there were those who reminded the actress of her undying support of Woody Allen when he was accused of being a sexual predator. In 2018, during the height of the #MeToo movement, Keaton put out a statement saying she believed Allen and not his accuser, Dylan Farrow.

“You also support Woody Allen so go figure,” one person wrote. “She might be lovely to you but she clearly wasn’t kind to people that worked for her.”

“Yikes Diane,” a second person said. “I forgot this is the same woman who actively supports Woody Allen. Love her in a power suit but I think that’s where my support ends.”

“Bill Cosby’s audience loved him too,” a third person quipped.

“Diane, I’d stay away from this kind of thing if I were you,” a fourth person recommended. “This doesn’t help. Most see you as the poster girl for poor character judgement.”

And then there was this: “Hope you realize posts like this silence victims who try to speak up.”

Related: As if things couldn’t get any worse for Ellen, this happened…