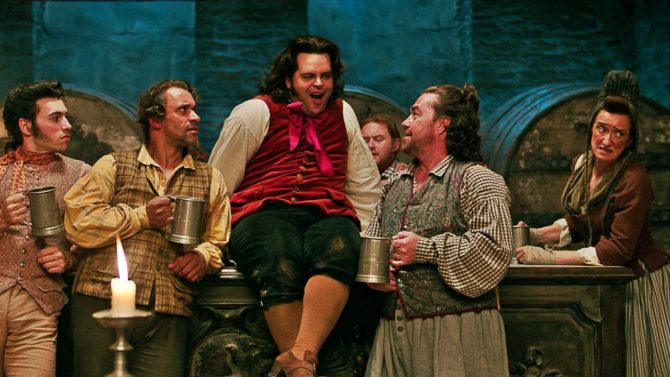 Fans of the Disney live-action remake of Beauty and the Beast, take heed: Disney+ has just greenlit a new, limited, live-action series about the film’s lothario villain Gaston, and his implied-gay sidekick LeFou.

Deadline reports actors Luke Evans and Josh Gad will reprise their roles as Gaston and LeFou, respectively, in a new prequel series that will follow the two characters in the lead-up to the events of Beauty and the Beast. Actress Briana Middleton will also appear in the show as LeFou’s stepsister Tilly. Legendary composer Alan Menkin, who wrote the music to the film, will also produce and score the show.

Related: Ewan McGregor just made ‘Beauty and the Beast’ critics’ eyes pop out

It goes without saying that plot details for the show remain scant. The official announcement characterizes the show as following the three on an adventure together after shocking revelations from Tilly’s past.

“For anyone who’s ever wondered how a brute like Gaston and a goof like LeFou could have ever become friends and partners, or how a mystical enchantress came to cast that fateful spell on the prince-turned-beast, this series will finally provide those answers…and provoke a whole new set of questions,” Gary Marsh, president and chief creative officer, Disney Branded Television said in the announcement.

We also have to hope that the show will delve a bit more into LeFou’s love life. Press for Beauty and the Beast hyped the film for featuring a gay character, later revealed as LeFou. Unfortunately, the movie’s sole reference to LeFou as a gay character consisted of a blink-and-you’ll-miss-it shot of him dancing with another man. Critics of the film derided the moment as queerbaiting.

With Gad also contributing writing credits to the show, we can only hope that he’ll show his character a bit more love in the series. Yes, that means some gay love.

The untitled new show will begin shooting in 2022. A release date has yet to be announced.