While some of us love summer to strut under the warm glow of our favorite queer destinations like Fire Island, Provincetown, and Saugatuck, others like to cocoon in an air-conditioned theatre and weep at an 11 o’clock number, then leap to our feet for a roaring standing ovation. We get it. Drama has no boundaries.

This summer’s line-up of Broadway hits, regional and touring shows, international productions, and drag queen extravaganzas are proving nearly too hot to handle. But we have faith that enthusiastic theatergoers will rise to the occasion. Here are some of the best theater shows to check out this summer.

Nominated for 11 Tony Awards and winner of the Pulitzer Prize for Drama, Michael R. Jackson’s breathtaking new musical follows Usher (played by Jaquel Spivey in his Broadway debut) as he copes with competing thoughts in his head during his quest to create a “big, Black, and queer-*ss American Broadway show!” (Lyceum Theatre, New York City, open-ended run)

Related: Unapologetically big, Black and beautiful, ‘A Strange Loop’ has changed the face of Broadway

June 10 marks Judy Garland’s 100th birthday, and the original gay icon is getting the royal treatment with special concerts and events all month long.

Happy 100th Birthday Judy Garland! — Close your eyes when listening to British vocalist Debbie Wileman and you’ll think Judy is in the room. But this isn’t just a retrospective. Wileman sings what Judy might perform today, including songs by Adele, Lady Gaga and more. (Zankel Hall, New York City, June 25)

…what the end will be 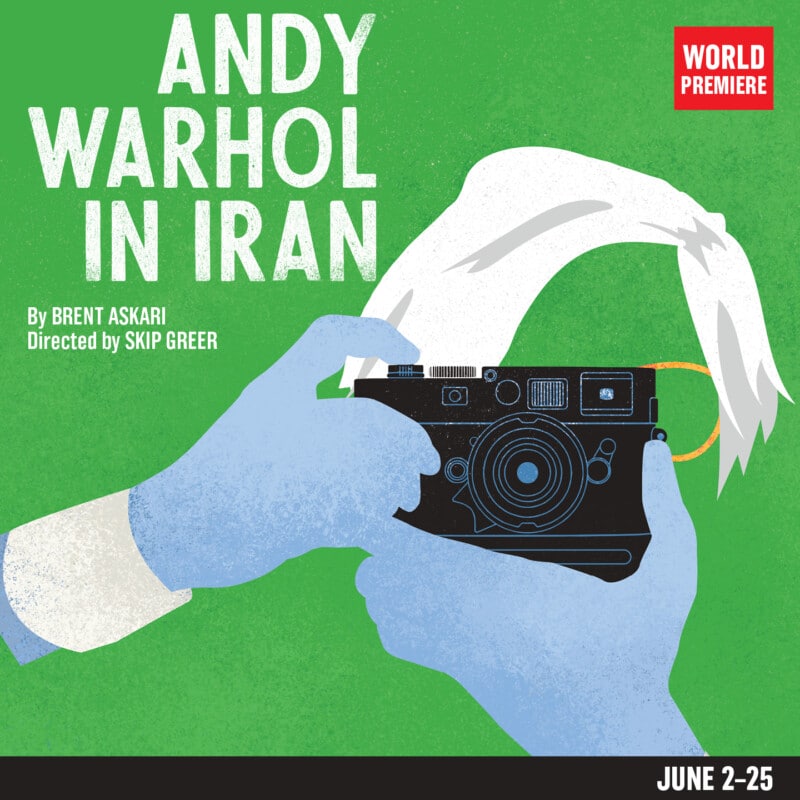 Known for his ability to intersect art and commerce, Andy Warhol’s work is as famous as the subjects he painted, including Marilyn Monroe and that can of soup. But few remember that the artist once visited Iran upon invitation from then U.N. ambassador Fereydoon Hoveyda. Playwright Brent Askari offers a fictional account of Warhol’s interaction with Farah Pahlavi, the wife of the last Shah of Iran, Mohammad Reza Pahlavi. (Barrington Stage, Pittsfield, MA, June 2-25)

Director Marianne Elliott’s take on Stephen Sondheim and George Furth’s 1970 musical reimagines the central character in search of meaningful relationships as a woman while also flipping the script on gender and sexual identity among the rest of the cast. Matt Doyle’s electric performance as Jamie, the anxious gay groom-to-be, is among an all-star ensemble including two-time Tony winner Patti LuPone. (Bernard B. Jacobs Theatre, New York City, open-ended run)

Grindr The Opera: An Unauthorized Parody 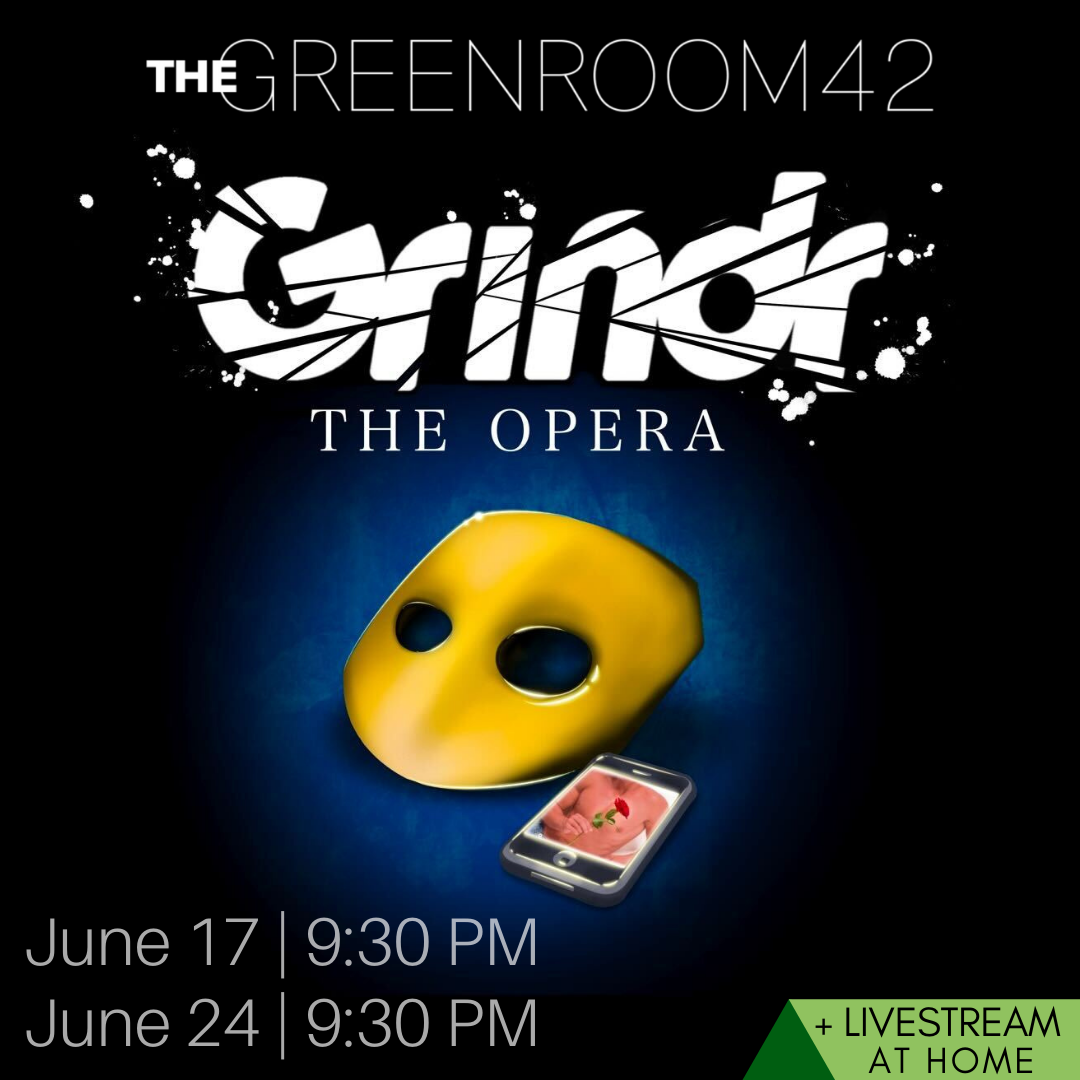 Created by the Iconoclast Theatre Collective and produced in collaboration with The Other Side of Silence, New York City’s oldest and longest-producing LGBTQ theater company, this musical take on how we interact on the “social networking” app hits on plenty of hot-button issues using musical styles from baroque to contemporary pop. (The Green Room 42, New York City, June 24)

A finalist for the 2021 Pulitzer Prize for Drama, Michael Breslin and Patrick Foley’s multimedia theatrical installation follows “two White Gay internet trolls” during the off-season on Gaymen Island, where they plot to take back what they consider rightfully theirs. Inspired by Charles Ludlam’s The Mystery of Irma Vep and sci-fi films, the duo’s work tackles our complicated relationship with technology. (Connelly Theater, New York City, June 9-25)

Drew Droege returns for a limited run of this one-hour romp through a gay man’s 41st birthday. Produced by Michael Urie, the play even caught the attention of RuPaul, who tweeted that the show is a “laugh-out-loud funny social send-up.” (SoHo Playhouse, New York City, June 23-26)

Playwright James Ijames turns to Shakespeare’s Hamlet for loose inspiration to catapult his characters into a Black queer retelling of family strife. “If theater is supposed to be a cathartic experience, this play left me feeling everything all at once, everywhere in my body, pretty much the entire time,” wrote critic Juan Michael Porter II as the play ponders “What your life would be like if you chose pleasure over harm.” (Public Theater, New York City, through July 3)

One of the most prolific fashion designers of the late 20th century, Gaultier’s unconventional take on materials and silhouettes has influenced generations since. He’s dressed pop stars from Madonna to Lady Gaga. The designer’s life and garments serve as inspiration for an eye-popping display, including original designs, musical numbers, and video appearances from many of Gaultier’s influences. (Roundhouse, London, July 15 – August 28)

Forget the film adaptation starring James Corden and Meryl Streep and, instead, check out the national tour of the feel-good Broadway musical about a group of narcissistic actors who head to New Jersey to advocate for a lesbian teenager who wants to attend the big dance with her girlfriend. (Golden Gate Theatre, San Francisco, June 21 – July 17; Winspear Opera House, Dallas, July 26-31; The Smith Center, Las Vegas, August 2-7; Ahmanson Theatre, Los Angeles, August 9 – September 11)

If Las Vegas is on your summer radar (and why wouldn’t it be with the return of the summer pool season?) then the drag queens beckon. RuPaul alums, including “Vanjie” Matteo, Eureka O’Hara, Jada Essence Hall, and Trinity K Bonet have been among the rotating cast serving up charisma, uniqueness, nerve and talent. And, of course, RuPaul’s Werk Room is open daily for all your drag swag needs. (Flamingo Las Vegas, open-ended run)

love in the family
22