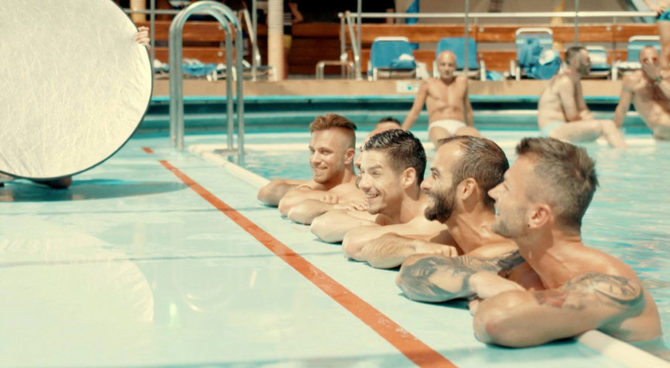 Gay cruises can be a ton of fun! They can also be exhausting. And even depressing.

Dream Boat is a new documentary that follows five men on an international gay cruise.

“As long as the world is how it is, people will still need places where they can be themselves without fear and discrimination,” filmmaker Tristan Ferland Milewski tells Vice, “and this is a boat, a place, where they can do that.”

While making the film, Milewski quickly noticed that, when confined together on a boat for an entire week, the men quickly found ways to discriminate against one another.

“There’s the performance of masculinity,” he explains. “Many gay men have this experience, that their masculinity is questioned through being gay, and maybe you’re denied your masculinity in a way you internalize.”

Milewski describes the cruise as being a 24-7 quest for pleasure-seeking that involves “crazy parties” and “no sleep” on what he describes as “a boat of dreams and a boat of disillusionment.”

For seven days and nights, 3,ooo men spend the entire time dressing up, partying, getting drunk, seeking love and friendship, and, Milewski notes, having a lot less sex than you might expect.

Related: Sex, Survival, And Five Things I Learned On The Poz Cruise

“I think in a way, a cruise like this represents a universal quest,” Milewski says. “We all want to live and love as we are. And as you see in the film, it’s not so easy sometimes.”

“It’s all about raising questions: where are we today, and who do we want to be? What potential do we have to turn gay culture into something empowering and positive?

Check out the trailer below.