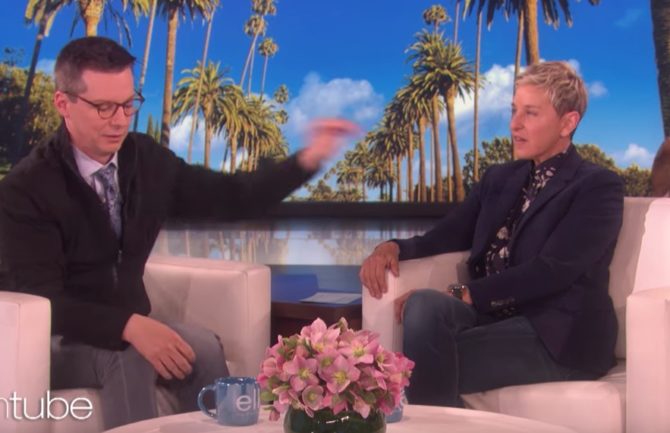 These two should take their act on the road, host a winter variety show or at the very least pop into The Comedy Store some random Thursday and blow everyone’s minds.

Which is to say, Ellen and Sean Hayes have the stuff, baby! These two crazy kids are going places.

They’re both known for being quick-witted goofs, so watching them slip in backhanded compliments as they chitchat is a bit like watching comedy tennis.

“On this particular show yes,” Ellen replies. “I’ve also done other things in the past.”

Related: Armie Hammer and Timothee Chalamet open up to Ellen about making out

“How long was it the first time around before y’all got canceled?”, fires back Ellen.

“I think it was longer than your sitcom,” replied Hayes.

Then Ellen delivered the game point: “Yeah, that’s right. I had to come out first for y’all to do that sitcom.”

Watch what Ellen dubs the “Battle of the Gays” below: