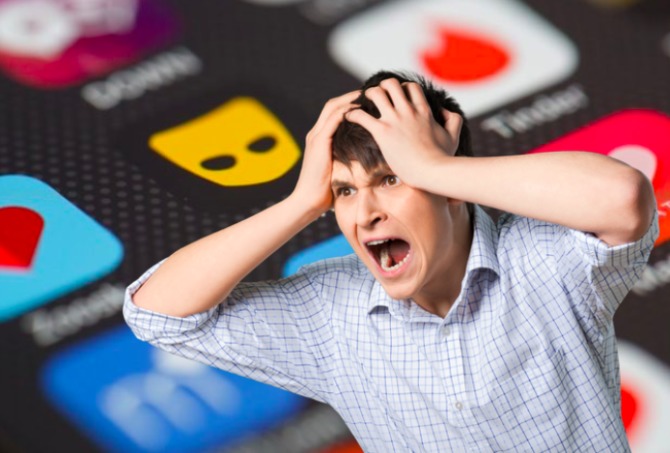 The nation of Lebanon has pulled the plug on gay dating app Grindr, allegedly as part of a widescale anti-gay crackdown.

On January 18, users of the popular social app noticed the program no longer functioned. As users began contacting their mobile service providers, they all began receiving the same response: The Ministry of Telecom had issued an order blocking the program.

In an odd twist, however, the government of Lebanon currently denies any such order exists. That hasn’t stopped Lebanese LGBTQ-rights activists from denouncing the move as an infraction on a right to free speech.

“This ban is a new attack on the freedoms in Lebanon,” Beiruit Pride, one of the nation’s major queer-rights activism groups said in a Facebook statement, “and intends to shrink national cyber access on the grounds of our personal and intimate relationships.”

“Banning an application on the public, shared network insinuates that the common space refuses to be a space for all. It confines people to the private network (home, cafés and work), thus pushing back Grindr, its users, and the representations of sexual orientation and gender identity back in the closet, behind closed doors.”

Lebanese activists have struggled to make inroads in the Arab nation, where public opinion widely holds that homosexuality is evil. Nevertheless, groups like Beiruit Pride have called for greater acceptance of queer people, as has the Lebanese Psychiatric Society, which has denounced anti-gay laws and conversion therapy. In 2018, a planned Pride Parade was canceled under threat by Islamic extremists, and the government arrested the head of Beiruit Pride for immoral behavior.

UPDATE 1:16pm PST: Grindr has released a statement regarding the outage:

“Last week Grindr users in Lebanon were unable to access their accounts. While we have confirmed it was not a technical problem on our end, we do not have further information on what caused the issue and are continuing to investigate. We can confirm that users are now able to successfully login to their accounts.”