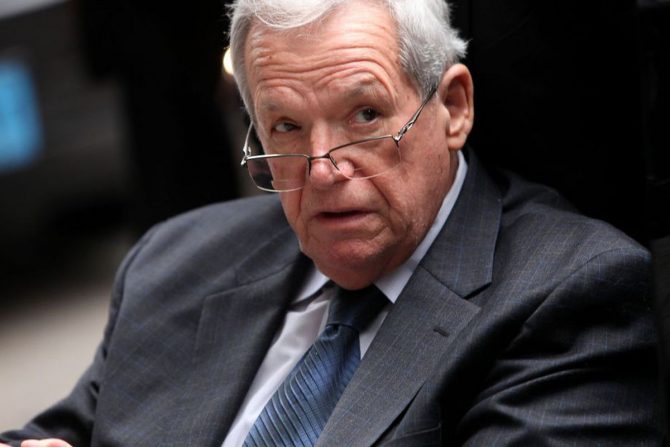 Former GOP House Speaker and homophobe Dennis Hastert has just reached an out-of-court settlement in a hush money lawsuit involving decades-old allegations of sexual abuse days before the case was set to go to trial.

Hastert, who served as Speaker of the House from 1999 until 2007, during which he moved a constitutional amendment to ban same-sex marriage after beating back attempts to strengthen hate crimes legislation, was being sued by a man accusing him of abusing him decades ago.

The alleged abuse happened in the 1970s when Hastert was a teacher at Yorkville High School and a state wrestling coach. His accuser, who has only been identified as John Doe, was a former student athlete who said the ex-lawmaker molested him when he was 14-years-old during a trip to an out-of-state wrestling camp.

In 2016, the man filed a breach-of-contract lawsuit against Hastert seeking an unpaid balance in hush money payments. Hastert only paid $1.7 million of a reported $3.5 million agreement before the payments stopped when he was was accused of structuring bank withdrawals to evade bank reporting requirements and making false statements to the FBI.

In a plea deal with federal prosecutors, Hastert pleaded guilty to the structuring charge and the charge of making false statements was dropped. In their court submissions, prosecutors alleged that Hastert had molested at least four boys, some as young as 14 years, during his time as a high school wrestling coach.

At his sentencing hearing, Hastert admitted to the abusing boys he had once coached. A federal judge called him “serial child molester” then sentenced him to 15 months in prison, two years’ supervised release, and a $250,000 fine.

The terms of the Hastert’s settlement this week are not being publicly released, but Kristi Browne, the lawyer for his accuser, told reporters that, while the litigation is officially over, her client will continue to be affected by what happened to him as a child forever.

“It’s never over for a victim of child sexual abuse,” Browne said, according to the Tribune. “It impacts them the rest of their lives.”

Neither Hastert nor his attorney John Ellis have commented on the settlement.