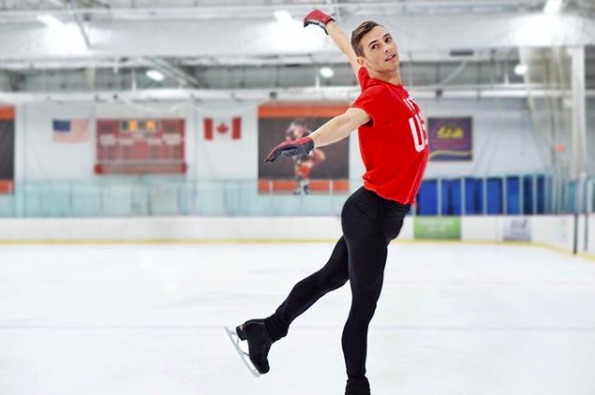 This just in: Figure skater Adam Rippon‘s booty is 100% real.

The openly gay ice queen from Scranton, Pennsylvania has been making a name for himself in the professional figure skating world. He’s currently in Japan competing in the Grand Prix Final. After that, he has his sights set on the 2018 Winter Olympics.

In a recent tweet, 27-year-old Rippon put to rest any rumors that he wears butt pads whilst competing:

“There’s been a lot questions to whether I compete with butt pads on and I’d like to set the record straight and let it be known that no, it’s just my real butt,” he wrote. “Thank you for your interest, comments, and concern. Love you.”

Earlier this year, Rippon sat down with Team USA to talk about being an out athlete.

“Being gay isn’t what defines me,” he said, “but it’s a big part of who I am and I like to talk about my coming out because that’s when I started to own who I was as a person.”

Scroll down for some shots of Rippon’s backside. What do you think? Real or fake?

Bet you thot I was dead

3rd after the short. Ready to kill it in the long program tomorrow ? #fintrophy15

Behold, a Netflix thirst trap for the ages…