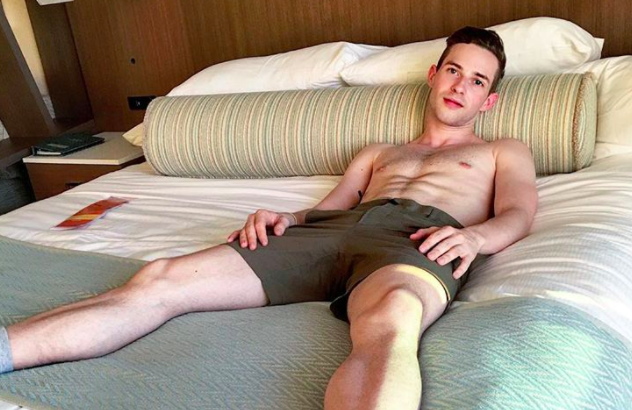 Look out Johnny Weir, there’s a new gay figure skater in town and he’s coming for your crown.

27-year-old Adam Rippon is a U.S. figure skating champion and 2018 Olympic hopeful. The 5’8 cutie from Scranton, Pennsylvania recently sat down with Team USA to talk about being an openly gay athlete.

“Being gay isn’t what defines me,” Adam says, “but it’s a big part of who I am and I like to talk about my coming out because that’s when I started to own who I was as a person.”

Related: Johnny Weir opens up to psychic about his ‘terrible divorce,’ wonders if he’ll ever love again

“A lot of times it’s taboo, especially with boys, like, ‘You skate, you’re gay,’” he says. “That’s not always the case, but that being said, you feel a little shame. Being gay and a skater, you don’t want it to be true.”

“I went out and I felt like I was performing as myself and not a character. That’s really what helped push me to win my first national title.”

Today, Adam’s focused on making the 2018 Olympic team. And he’s looking forward to doing so as an proud out gay elite athlete.

About 300% ready for a nap this weekend

ATTN: friends & fellow gays; If you're in the Bay/OC/LA area on Fri/Sat you should really consider coming to cheer on your sis @starsonice

Is this how you win the Stanley Cup? ?

Would have taken this pic in the ocean but I still don't know how to swim ?

I am so taken back by everyone who reached out after I broke my foot. I'll be back and better than before soon enough. Can't thank everyone enough for taking a second to call/text/tweet ?