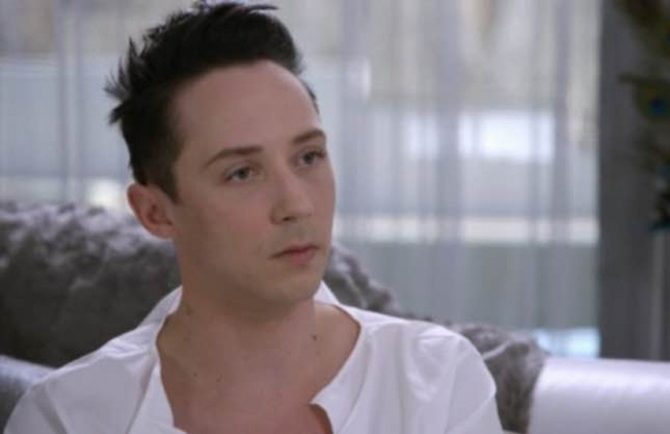 Remember all that drama?

Their divorce was finalized in 2015, after which Weir retreated from the public eye. Now, he’s back.

Weir recently sat down with psychic Tyler Henry from E! Entertainment’s Hollywood Medium for some spiritual guidance, particularly when it comes to his love life.

Henry, who we’re sure had absolutely no advance knowledge of Weir’s very public breakup, sensed that the 32-year-old figure skater had suffered some relationship trauma in the past that involved a lot of “deception.”

When he brought it up, Weir explained, “In those situations a lot of things get said and being a public person, there are things you can’t fix. You can’t publicly say that that’s not true.”

“There’s so little that people actually know about that period of my life because I wasn’t sharing it with the whole world,” he continued. “It was a very difficult time for me to sit and not stick up for myself and not say anything.”

Weir added that it’s been “very, very difficult” for him to even think about another relationship after the whole disaster with Voronov.

“I had a terrible divorce and I fled from that situation,” he said.

“So I’m always kind of thinking, ‘Oh how nice it would be to be with someone’ and then I stop myself because that could happen again.”

Related: Johnny Weir: My “Lifetime Of Sacrifices” Should Not Be Ruined By Laws Affecting Minority Groups

on the stand
10 comments