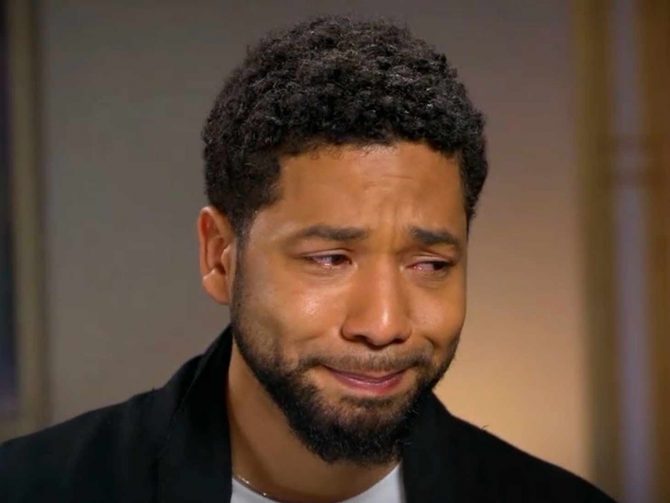 Apparently, without any sense of irony, lawyers for indicted Empire star Jussie Smollett have claimed that the press has victimized the actor in a “gang bang.”

Last week, a grand jury slapped Smollet with a staggering 16 felony charges after he allegedly faked a hate crime attack.

Prosecutors claim Smollett paid two accomplices to douse him in bleach, tie a rope around his neck, and beat him as a publicity stunt designed to nab Smollet a pay raise on his show.

Smollett continues to maintain his innocence.

Now, Mark Geragos, the noted showboat attorney whose clients have included Winona Ryder and Michael Jackson, says the press has gang banged Smollett in the name of profits.

“What is happening here is, frankly, a media gang bang of this guy of unprecedented proportions,” Geragos told Anderson Cooper.

“I’ve never seen a media pendulum swing more quickly and more viciously and rob somebody of their presumption of innocence like this case has. It’s startling the way people assume that he’s guilty.”

Geragos went on to criticize the Chicago police for continuing leaks to the media regarding the case.

He also slammed the grand jury for not indicting Smollett’s alleged accomplices, brothers Abel and Ola Osundairo, and  described the mounting evidence against Smollett as circumstantial.

The producers of Empire have already deleted Smollett’s scenes from the remainder of the season, and rumors abound that his role will be recast. Should a jury convict him, the actor will also face lengthy jail time for his crime.