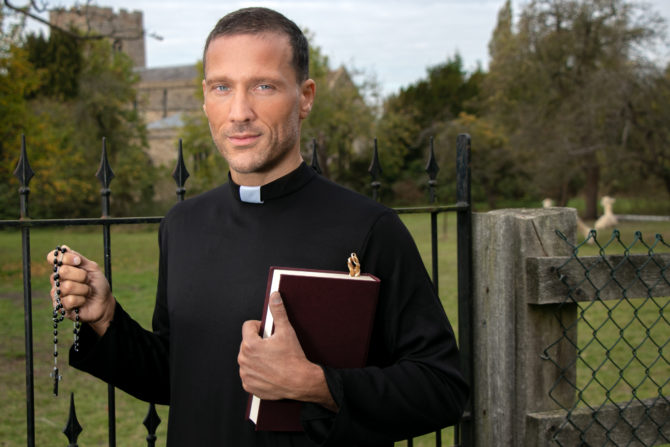 A former priest (not pictured above) in the Russian orthodox church has accused his fellow clergymen of sleeping their way up the ranks of the institution.

Alexander Usatov was a priest in the Rostov and Novocherkassk diocese until he came out as gay and fled to Holland last year.

Writing at that time for the Russian-language Snob, Usatov explained that he’d lost his faith. The “belief in an anthropomorphic heavenly being, who is angry and takes revenge on people” had become “alien and unpleasant,” he wrote.

In a new piece, he elaborated on his departure from the church and country, explaining he endured harassment from his colleagues.

“I am gay and have never felt safe in the Russian orthodox church, and in recent years I have become the object of persecution by the Metropolitan and his entourage, who knew about my orientation,” he wrote.

Usatov describes regretting his decision to come out to Metropolitan Mercurius, aka Igor Ivanov, the head of his diocese.

He says the situation was all the more complicated given that priests in the church were regularly having sex with their male superiors to secure promotions.

“Gays in the Russian orthodox church are in a dual situation,” he wrote.

“On the one hand, everyone knows about the existence of the gay lobby and the opportunity to make an easy career after going through the bishop’s bed.

“On the other hand, the most active parishioners of the church are ardent homophobes, and by relying on them, the church is building out of itself a stronghold of traditional sexual morality.”

One fellow priest who Usatov claims was sleeping with other men even wrote a “denunciation” of Usatov after he came out.

“He didn’t like the fact that I was talking with the guys he had an eye on, and out of jealousy, he began to spread false rumors about me, scare the Metropolitan, and even write denunciations… I think he was intimidated by the possibility of his own exposure.”

Usatov was later accused of “support for [opposition leader] Navalny, propaganda of opposition ideas and LGBT+ campaigning among young people.”

The church fired him, and he eventually fled the country.

The diocese, of course, denies all of Usatov’s claims.