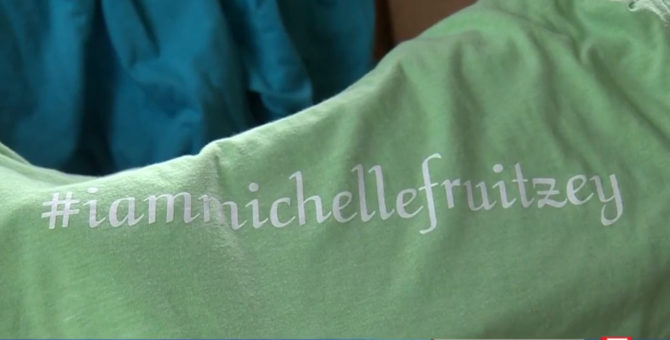 A Milton, Massachusetts gay couple enduring years of homophobic harassment has finally identified the person behind the attacks. As it turns out, one of their “friendly” neighbors wasn’t so friendly after all.

LeeMichael McLean and his husband, Byron Furze, spent five years putting up with bizarre magazine subscriptions, sent to their home using homophobic names. The couple also had to deal with bill collectors trying to cash in on their unwanted subscriptions.

“It was upsetting and we didn’t know when it was going to stop, or if it would advance to something more,” McLean told WCVB News. “And it was an annoyance because I had to follow up on all of them.”

Their half-decade of harassment finally came to an end by a recent lucky tip. Recently, a Boston Globe subscription card arrived at their home, addressed to “Michelle Fruitzey,” a homophobic play on their names. An examination of the card turned up their harasser’s handwriting, and the couple finally had a reliable lead.

McLean posted a photo of the card to social media in hopes that someone in the area might identify the handwriting. He also turned the card itself into police. A keen-eyed tipster happened to recognize the writing from a signature book among the members of the Milton Town Meeting, a local civic group. Police followed up on the tip, and their suspect confessed to the crimes.

For McLean and Furze, the harasser’s identity came as a shock.

“He says hi to me,” McLean says of the seemingly friendly neighbor. “We’ve had casual conversations. I spoke with him about a week before that last card came about work that was being done on his house. I was running by his house and stopped to have a chat. Never would have suspected it.”

Police have not yet charged the suspect with any crime, though he may still face harassment charges. They have also not released the harasser’s identity to the public.

Meanwhile, McLean and Furze have turned the local scandal into a charity drive. The couple began selling T-shirts with “#iammichellefruitzey” printed on them. Proceeds from the sales go to Gay-Straight Alliance at Milton High School and Pierce Middle School. Thus far, the couple have raised more than $15,000 from the sales.