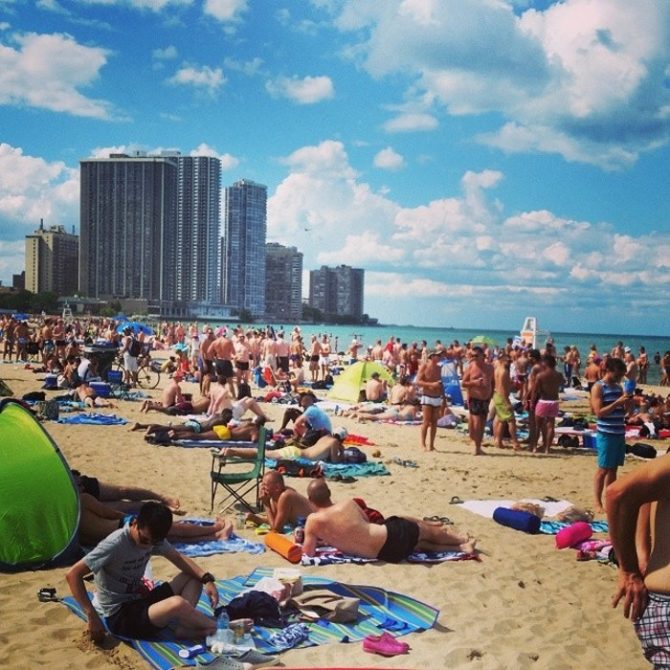 First time taking a trip to Chicago? Taking a second or 9th look? Of course you’ll want to visit Boystown and Andersonville to check out all the bars, restaurants and shops in Chicago’s main gayborhoods, two of the best in the world. But being the third largest city in America, Chicago has so much more to offer visitors.

Venture out to a variety of areas — the lakefront and its beaches, Museum Campus, bustling Fulton Market District, head to Bucktown/Wicker Park and go for a run along the 606, see live music and so much more.

Since you likely have limited time, here are a handful of things you can do that will show you plenty of different parts of the city. 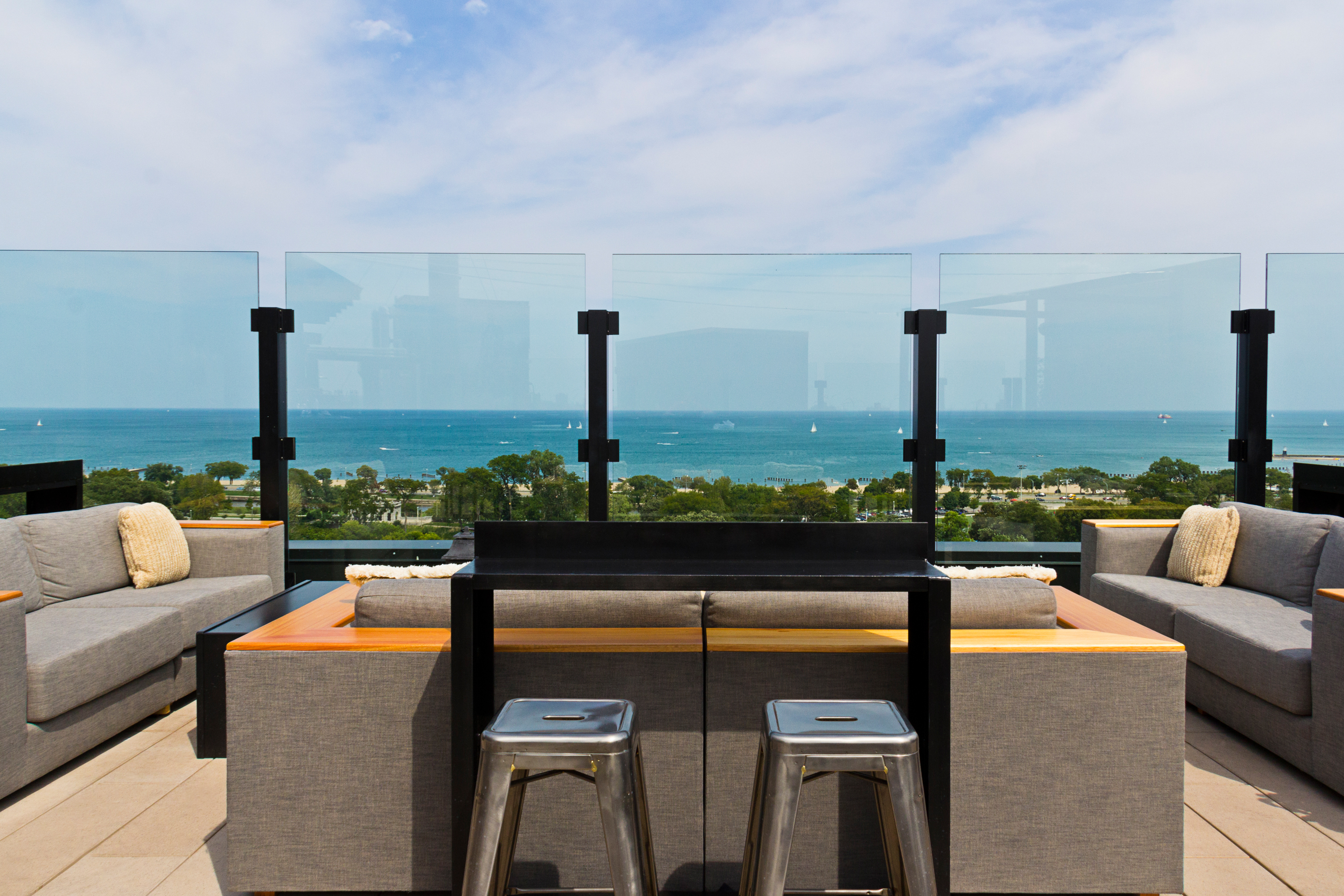 Chicago has long been hailed for its incredible architecture and skyscrapers. And in the last five-plus years the city has seen an explosion of hot hotels entering the market with even hotter rooftop bars and lounges. Many are in the Downtown area, but some have popped up out in neighborhoods where you’d want to visit, too.

Start out mid afternoon at the J. Parker atop the Hotel Lincoln. The delicious travel-inspired drinks are only made more delicious by the stunning views out over Lincoln Park Zoo and Lake Michigan. From there, make your way to Apogee, the latest project from the Fifty/50 Group, which sits 26 floors up on the roof of the Dana Hotel in River North. Go with a group to this sexy space, which evokes a ’70s singles bar, and get large-format cocktails. Next, set up for your own architectural tour as LH Rooftop at London House overlooks the Chicago River and some of Chicago’s most iconic buildings including the Wrigley Building and Marina City.

Your next destination puts you firmly in the heart of the Loop. Rise to the top of the Virgin Hotel to the hip, rock-and-dance focused Cerise where you’ll dance to hot beats while overlooking the ‘L’ trains below and peep into some of the city’s most-famous skyscrapers.

If you still have the energy, hop into a ride share and head over to Wicker Park to end your romp at the Cabana Club at the Robey. There’s always a party here — and if it’s hot enough, you can dip into the pool. And while you likely won’t want to be confined by a schedule (especially as you continue to put down drinks), it’s wise to make reservations at many of these places. What, you thought you’d be the only ones hanging out?

2. Get a Taste of LGBTQ History

Fancy a walk down memory lane? OK, not really “memory lane” as much as a walk through Chicago’s LGBTQ history. There are a few ways to tackle this. The easiest way is to walk along Halsted Street’s Legacy Walk in Boystown. The walk, designated by rainbow emblazoned pylons is a memoriam dedicated to trailblazers in LGBT history. Dubbed “the world’s only outdoor LGBT museum walk and education program,” the Legacy Walk honors more than 25 gay icons, including musician Cole Porter, Christine Jorgensen and Oscar Wilde.

Get into the lifestyle with a visit to the Leather Archives & Museum. Located just north of Devon Avenue in Rogers Park, the museum celebrates the preservation of the leather community. It’s open Thursday through Sunday starting at 11 a.m. each day and costs $10 to enter. Here, you’ll find a host of historical exhibits, a dungeon, leather bar and much more.

Last, each year the Chicago History Museum hosts “Out at CHM” to honor various aspects of LGBT life in Chicago. Whether through art, the AIDS crisis, gay bars and more, the museum does a fabulous job covering gay life in Chicago. In 2018, the CHM will mark its 15th year honoring the LGBT community so stay tuned for what that exhibit will cover. 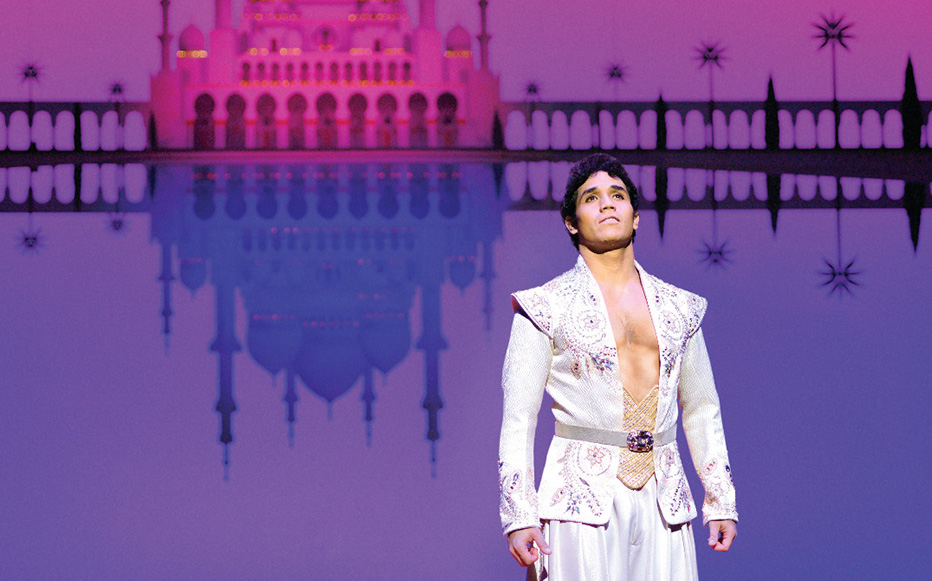 Who doesn’t love a good show tune? Sure, it might be a little cliché to say all gays love a good musical, but don’t we? Just hit Sidetrack in Boystown any Monday night for show tunes night and you’ll see what we’re talking about. But when you want the real deal, check out Broadway in Chicago. The city’s theater district in the heart of the Loop consists of The Oriental, Cadillac Palace and the PrivateBank theatres (the Broadway Playhouse at Water Tower Place and the Auditorium Theater at Roosevelt University also host shows).

There are always fantastic shows — some long running like Hamilton and Aladdin and other short runs like Beautiful – The Carole King Musical, School of Rock, Wicked and The Color Purple. Plan your trip to Chicago around what shows you want to see. And then check out what’s playing elsewhere at dozens of theaters including Steppenwolf, The Goodman, Lookingglass, Theater Wit and American Theater Company as Chicago has one of the most vibrant theater scenes in America.

4. Days of Music at Lollapalooza 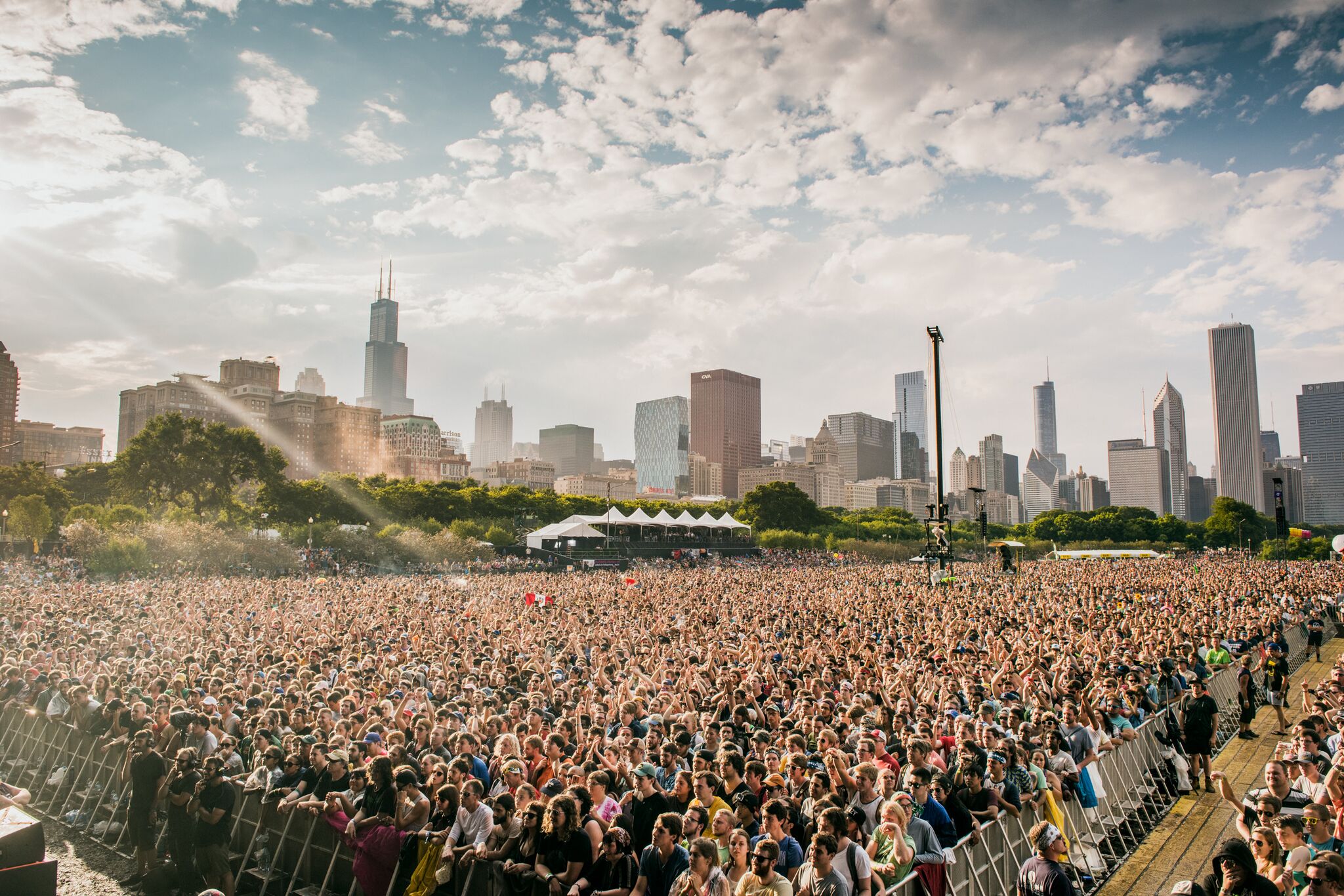 The granddad of music fests, Lollapalooza takes over Chicago’s Grant Park every summer to host four days of live music. With hundreds of bands and 100,000 music lovers descending on the downtown area each day, Lollapalooza truly is a city within itself. The festival has called Chicago home since 2005 and has music for everyone. Yes, most of the bands and DJs on the bill fall into the rock, dance, indie or hip-hop genres, but you do get some alt-rock, Americana, country and metal.

The headliners for 2017 — its 27th year since debuting as a traveling festival in the ’90s — include Arcade Fire, Chance the Rapper, The Killers, The XX, Muse, Lorde, Blink-182, DJ Snake and Justice. But it’s the “mid-tier” acts that keep the fun going all day. This year, if you have the stamina, you’ll see a diverse set of artists like Cage the Elephant, Wiz Khalifa, Glass Animals, Liam Gallagher, Migos, Phantogram, Tegan and Sara, Tove Lo, Little Dragon, Mac Demarco, London Grammar, Kaytranda, Charli XCX and Warpaint. Whatever kind of music you’re into, Lolla is a massive party that you can do in a variety of ways. Get a group of friends together, coordinate outfits, have some drinks and enjoy great music outside for a long weekend!

5. Hollywood Beach … Where the Boys Are 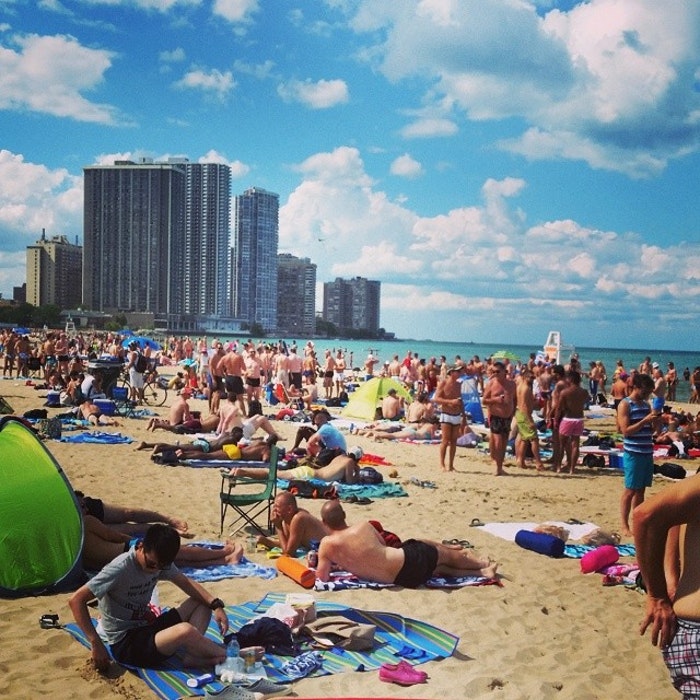 With 26 miles of lakefront and 15 miles of swimmable beaches, Chicago is a summertime paradise. But if you’re looking for where the boys are, you gotta head north. Almost at the very top of Lake Shore Drive sits Hollywood Beach, a.k.a. the gay beach. It’s technically called Osterman Beach, but because of all the guys who hang out there on the southern end all summer, it’s earned its moniker.

And all summer it’s a party, especially on the weekends. Most people stock their area with coolers with food and drink, and hang all day. There are always volleyball games happening, you can rent kayaks and paddleboards, rent beach chairs and more. And if you don’t feel like lugging your own refreshments, Nacho Mama’s Beach Bar is a great food shack with a full bar that has delicious food.

More than the sun and the surf, Hollywood Beach brings out the boys — and there’s a lot in all shapes and sizes so there is plenty to look at. And if you’re there on a Sunday, a lot of people head down to Big Chicks, a fabulously laid back gay bar in the Uptown neighborhood that offers a free backyard barbecue late afternoon — as long as you buy at least two drinks (and really, who isn’t going to do that?). The beach can get pretty busy on holiday weekends or during Pride and Market Days, but then there’s that much more to ogle.

Six Flags gay day, and 4 other great road trips that start in Chicago

Just 3 hours from Chicago, there’s a gay getaway that must be seen to be believed