It all started when the magazine tweeted this photo about swim trunks designed for guys with “stockier builds”:

7 swim shorts made to show off stockier builds https://t.co/YIJlhcipNA pic.twitter.com/f0o6aSLM1o

The Merriam-Webster dictionary defines “stocky” as “compact, sturdy, and relatively thick in build”.

It didn’t take long for people to notice that none of the models in the article’s featured image actually fit that definition.

Well done GQ, that picture is a perfect representation of “stocky”

Boys, I give you their depiction of ‘morbid obesity’: pic.twitter.com/xhfQGGeSXK

LET ME SEE THE BEEFY BOYS

Me, looking for the stockier builds in this photo… pic.twitter.com/V20juvZi23

Da fuck is this shit

After realizing its error, GQ posted a follow up tweet, owning the mistake and saying it had swapped out the image.

We appreciate everyone who rightfully dragged us for the choice of photo here. Our bad. The image has been swapped. https://t.co/RuLNq8OpUB

Instead of a photo of five musclebound dudes in swim trunks, the new featured image just shows the swimsuits with no actual bodies in them: 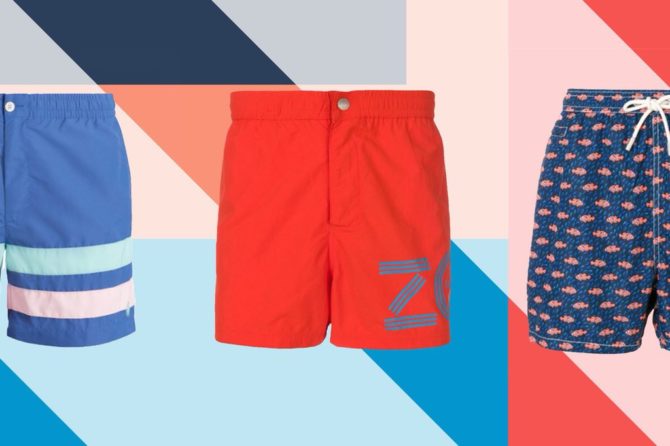 Unfortunately, this didn’t seem to appease anyone.

…. to a photo without anyone in it?

You’d rather run an image of empty shorts than a model without a six-pack?

Hey @GQMagazine, the men of @GothamRugby love modeling swim suits. We have a variety of wonderful bodies on the team! Maybe we can help fix this photo faux pas? #summer #swimwear pic.twitter.com/qFo2H5RAcW

The image has been swapped…for shorts without people. Heaven forbid we see an actual stocky model!