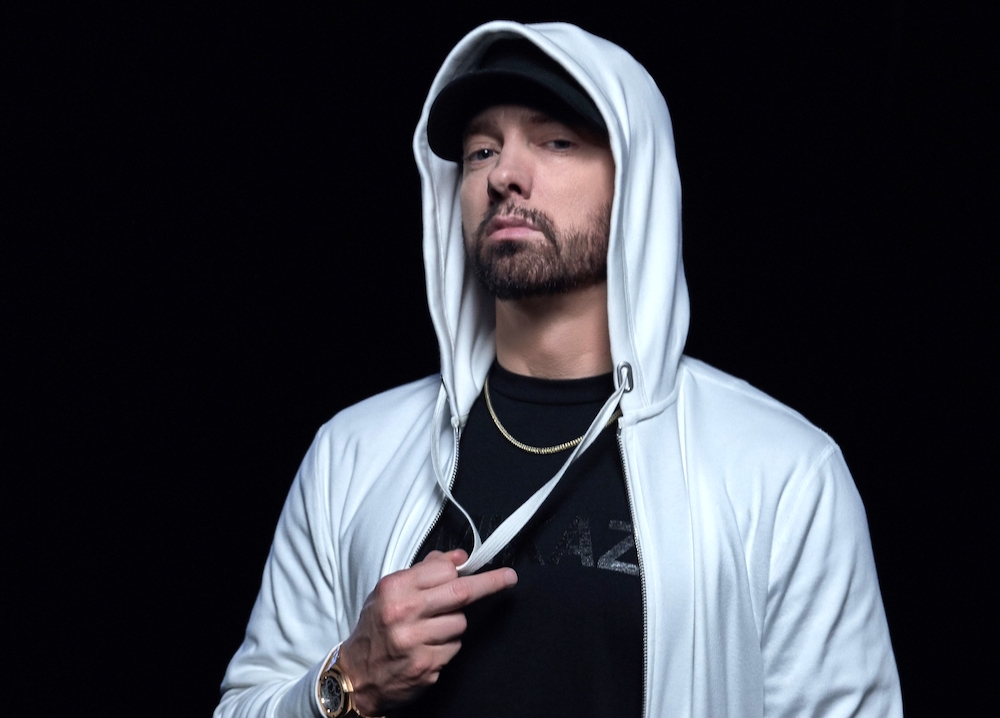 Does Eminem have a gay sex tape? According to rapper and former host of America’s Got Talent Nick Cannon, the answer is yes. Though somehow we have our doubts.

Cannon dropped his latest single/diss track “The Invitation” yesterday. In it, he takes a homophobic dig at Eminem, rapping, “I heard your chauffeur got a video of you suckin’ a c*ck/You paid him off then laid him off/Now who really the opps.”Classy.

The attack is in response to Fat Joe’s “Lord Above” single, released last week, in which Emenim took a swipe at Cannon by implying his ex-wife Mariah Carey neutered him, rapping, “I let her chop my balls off too before I lose to you, Nick.”

Shortly after the song was released, Cannon took to social media to say the allegations are true, tweeting: “FACTS! His lawyers didn’t want that one out! They already on my line.”

FACTS! His lawyers didn’t want that one out! They already on my line?????? https://t.co/BuVwi4EXeX

In response, Eminem took to Twitter to throw more shade at Cannon, accusing him of being “bougie” and demanding an apology.

U mad bro? Stop lying on my dick. I never even had a chauffeur, you bougie f*ck.?

I demand an apology Nicholas, you've made my gardener so jealous!

Eminem, of course, has a long history of homophobia. Over two decades and counting, in fact. Just last year, he called Tyler, The Creator a gay slur in the song “Fall” from his most recent album Kamikaze.

Cannon, too, doesn’t have a great track record when it comes to sensitivity towards the LGBTQ community. He was one of comedian Kevin Hart’s biggest advocates during his homophobic tweet scandal during last year’s Oscars season, going so far as to call his antigay comedy set “brilliant.”

The toxic masculinity is thick on this one, folks.

Related: Eminem wonders “What if I was gay?”