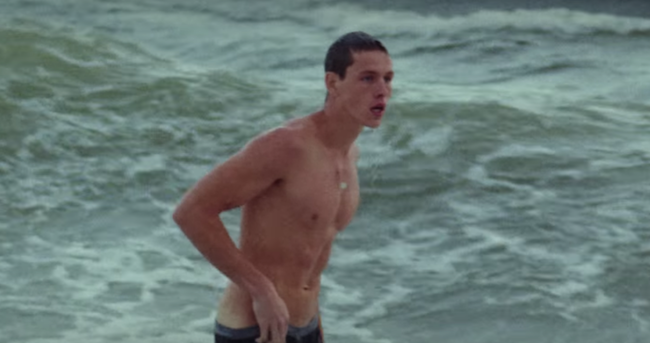 Eliza Hittman’s highly acclaimed film Beach Rats is out today for purchase on streaming sites like iTunes. A Daily Beast feature hailed the movie as “the rare gay drama, and maybe the next wave of queer storytelling, that makes you feel uncomfortable.” And who can resist that?

Set in Coney Island, the movie centers around Frankie (played by model-turned-actor Harris Dickinson), a closeted teen who compulsively cruises gay hookup sites. The performance, according to Daily Beast, was “one of the most grueling, sensual, and captivating star turns at Sundance. And certainly one of the most enticingly naked.”

Related: ‘Freak Show,’ ‘Beach Rats,’ and 10 other must-see features from the most incredible film festival season

In order to stoke more interest in the film, three clips were posted to YouTube, and they give us a better sense of what to expect from the story, which press materials describe thus:

“An aimless teenager, suffocating under the oppressive glare cast by his family and a toxic group of delinquent friends, struggles with his own identity.

Frankie begins to scour hookup sites for older men. When his chatting and webcamming intensify, he begins meeting men at a nearby cruising beach while simultaneously entering into a cautious relationship with a young woman.”